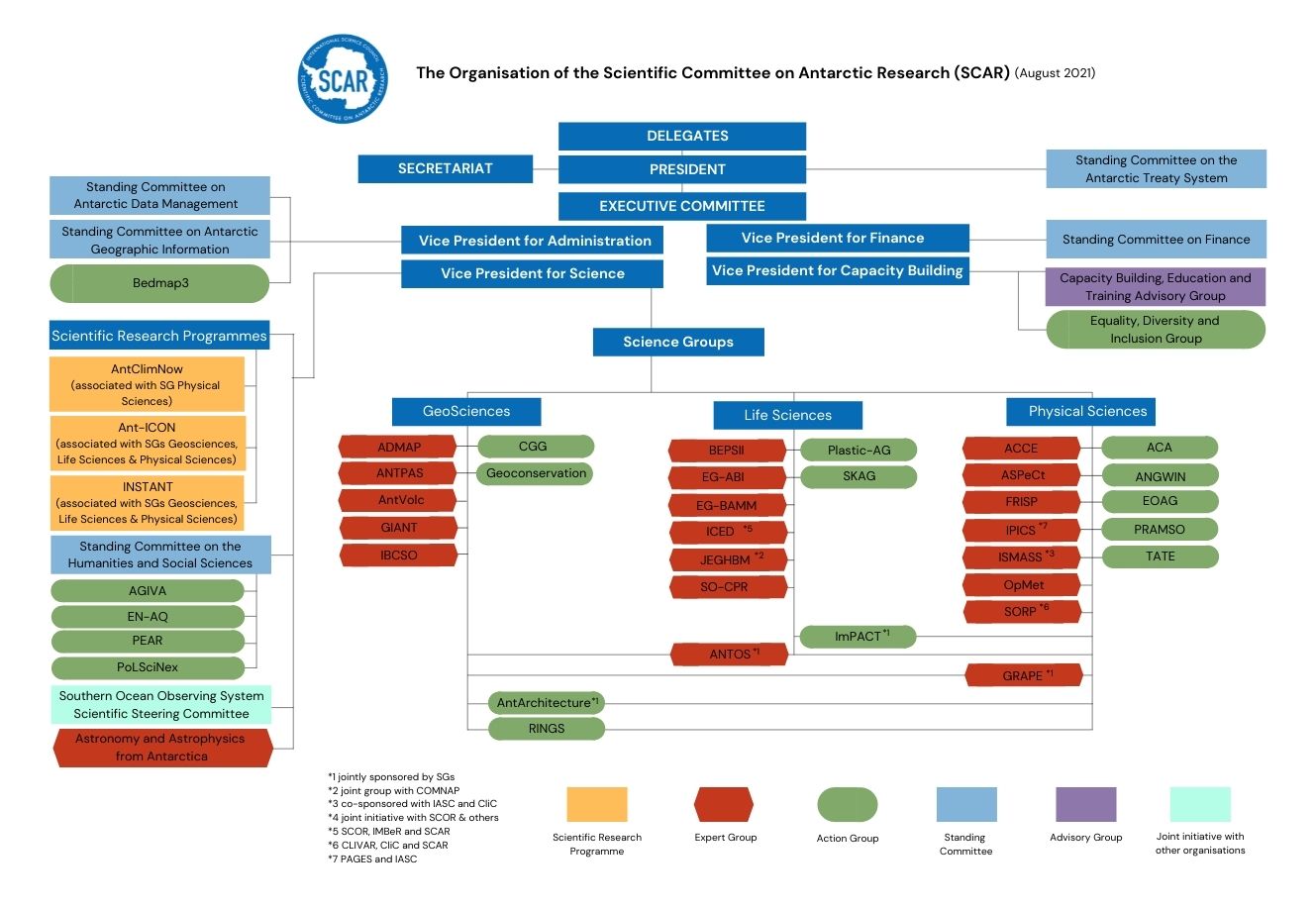 (a list of acronyms for the chart is given below)

Charts prior to 2013 are available on the SCAR Web Archive.

SCAR conducts regular reviews of its overall performance, and of the performance of its subsidiary groups and programmes.

Near-term Variability and Prediction of the Antarctic Climate System​