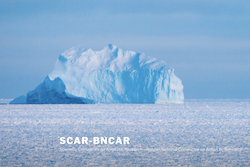 Belgium has a long history with Antarctica. Commander Adrien de Gerlache set sail to Antarctica with the Belgica in 1897 for what became the first recorded wintering in the Antarctic. On board was a multinational crew, amongst whom the explorer-to-become Roald Amundsen and the later-to-become infamous dr Frederick Cook were the most renowned. Moreover, the winter expedition gave rise to the first detailed observational measurements in meteorology and biology, thanks to the scientific efforts by Antoni Dobrowolski, Henryk Arctowksi and Emil Racovita. Many Belgian place names in the Antarctic Peninsula witness of this heroic effort.

During the IGY in 1957, it was de Gaston de Gerlache who followed in his father's footsteps to respond amongst several other countries to the call to establish a research station in Antarctica. He constructed the Roi Baudouin Station on an ice shelf in Dronning Maud Land, Antarctica. The station itself remained operational until 1967; the last expeditions being a joint Belgian-Dutch endeavour. Due to this long-term involvement in Antarctica, Belgium signed the Antarctic Treaty in 1959 and was amongst the 12 countries that initiated the Scientific Committee on Antarctic Research in 1958. In 1982 the Commission for the Conservation of Antarctic Marine Living Resources (CCAMLR) was established with the objective of conserving Antarctic marine life. Again Belgium was among the original signatories.

While sporadic Belgian efforts continued over the next years in collaboration with South Africa, it was only in 1985 that the Belgian Federal Science Policy (BELSPO) revived scientific interests in Antarctica by launching a multi-annual research programme that is still ongoing. During the decades that followed, Belgian researchers joined expeditions of other SCAR partners, both in marine science (ships) as on the continent. Inaugurated in 2009, Belgium built a summer research station named Princess Elisabeth Base in Dronning Maud Land, perched on a rock ridge just off the Sor Rondane Mountains, 120 km south of the former Roi Baudouin station and 60 km away from the former Japanese Asuka station. Due to its inland position, the station also works as a hub for scientific activities with suitable access to the Polar Plateau, the Sor Rondane Mountains, dry valleys, the coastal area and the ice shelf. This led to several geological, biological and glaciological expeditions and discoveries since, such as the exploration of a major meteorite field, new endemmic micro-organisms and the role of surface melt water in ice shelf stability, recently published in Nature Climate Change. At the station, several geophysical and meteorological measurements ensure to fill in a gap in our understanding of the Antarctic continent, since neighbouring stations are more than 400 km away. The construction of the station not only unlocked the Dronning Maud Land sector scientifically, but also allowed for international collaborations within the SCAR community.

Despite its size, Belgium has since long been very active within SCAR. Belgian researchers are active in various SCAR expert and action groups. Belgium hosts the Antarctic Biodiversity portal, an official SCAR product that was launched initially as SCAR-MarBIN and that provides access to both marine and terrestrial Antarctic biodiversity data published by a wide range of countries. As part of this work, Belgian researchers coordinated an unprecedented international collaboration of 147 scientists from 91 institutions across 22 countries, hence combining their expertise and knowledge to produce the Biogeographic Atlas of the Southern Ocean.

For this atlas, more than 9000 species were recorded, ranging from microbes to whales. Hundreds of thousands of records show the extent of scientific knowledge on the distribution of life in the Southern Ocean.

Through the continous financial support from BELSPO and strong international collaboration in the Antarctic, Belgian research manages to have a strong impact on the overall scientific activities in the Antarctic.