pdf WP013: Antarctica and the Strategic Plan for Biodiversity 2011-2020 Popular 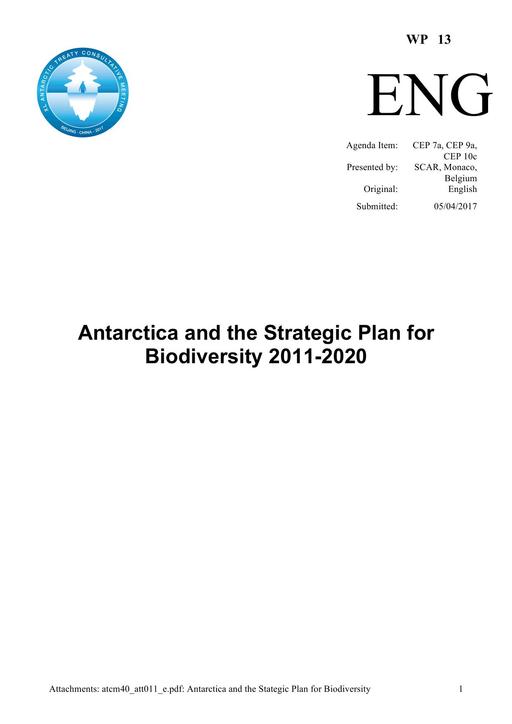 WP013: Antarctica and the Strategic Plan for Biodiversity 2011-2020 (with Monaco and Belgium)

The Strategic Plan for Biodiversity 2011 to 2020 and its associated Aichi Biodiversity Targets were developed under the aegis of the Convention on Biological Diversity to provide an overarching global framework for the assessment and protection of biodiversity. Antarctica and the Southern Ocean have, to date, not been adequately represented in associated global biodiversity assessments. In June 2015, SCAR, the government of the Principality of Monaco, and several others, held a meeting of experts to assess Antarctic and Southern Ocean biodiversity and its conservation status in the context of the Strategic Plan and Aichi Targets. The outcomes of this assessment have now been made fully available. The evidence suggests that in many cases Antarctic and Southern Ocean biodiversity conservation is ahead of global trends. No case of anthropogenic extinction has yet been recorded from the region, the impacts of invasive alien species are being well addressed, and local pollution has seen significant declines. By contrast, in other areas, biodiversity conservation is lagging global trends – in protected area establishment and management, and in the regulation of bioprospecting. This paper provides access to and a summary of the outcomes of the Monaco Assessment and recommendations emerging from it.