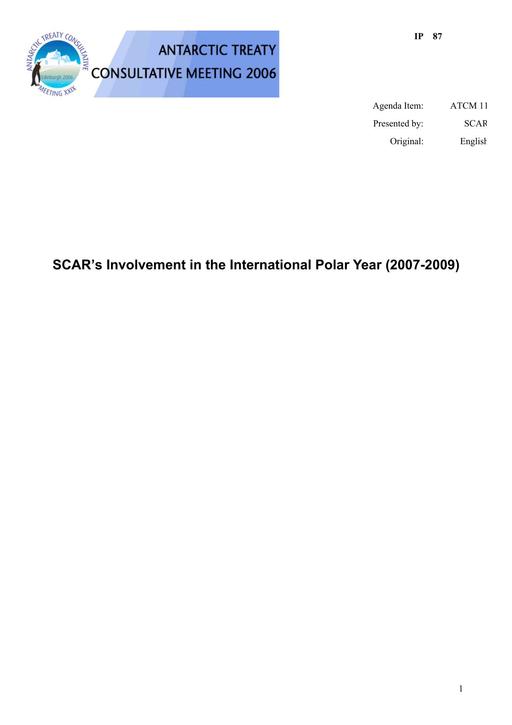 Along with IASC, SCAR is a member ex-officio of the IPY Joint Committee (JC) established by ICSU and the WMO on November 2004, for planning, coordination, guidance and oversight of the IPY. Of the 208 proposals approved by the JC, 97 were relevant to SCAR. 38 of these were Antarctic; 59 were Bipolar. This document focuses on these 97 proposals.