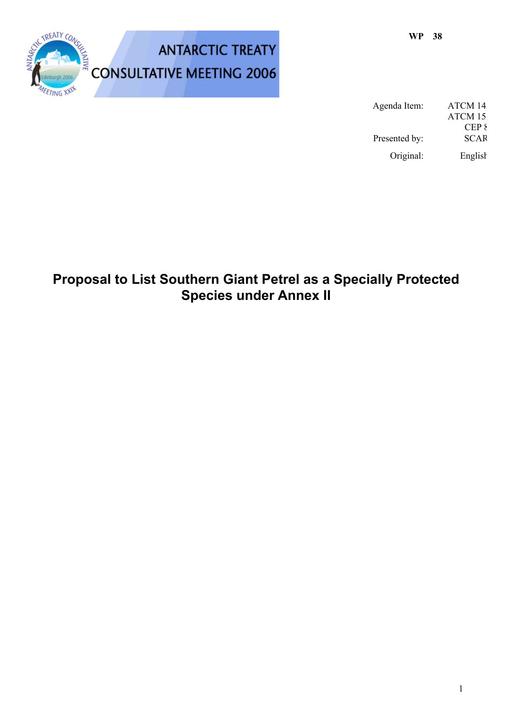 This paper lays out the details to support the designation of southern giant petrel as a Specially Protected Species. It outlines the criteria, the procedure for proposal of a species for Special Protection, and recommends that the Southern Giant Petrel be considered for designation as a Specially Protected Species, with an associated Protection Action Plan.