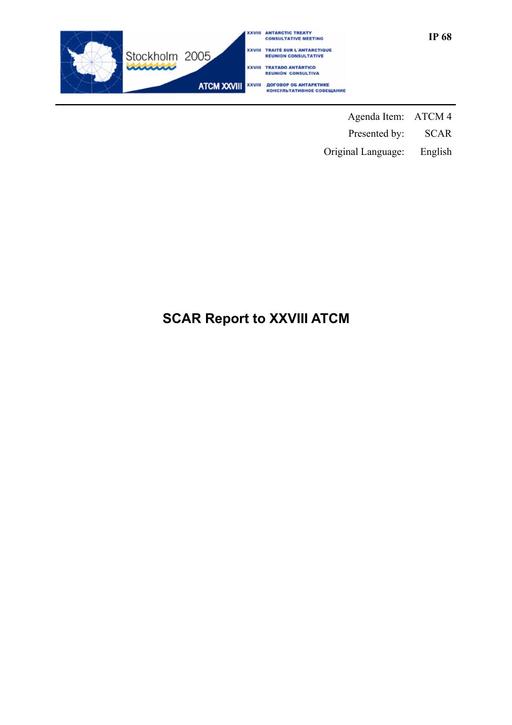 SCAR, the Scientific Committee on Antarctic Research, is the principal organization dealing with Antarctic scientific research. It is the authoritative voice on Antarctic scientific research from the ionosphere to the mantle, from bacteria to seals, from the ice sheet to the deep sea floor, on the role of Antarctica in the Earth System, and on astronomy from Antarctica. This paper gives an overview of SCAR, details its contributions to the International Polar Year (2007-09), lists new developments and highlights of scientific coordination activities. Appendices include membership of SCAR, list of SCAR Executive Committee members, Secretariat staff and committee members, SCAR structure, SCAR scientific research programmes, and SCAR action and expert groups.