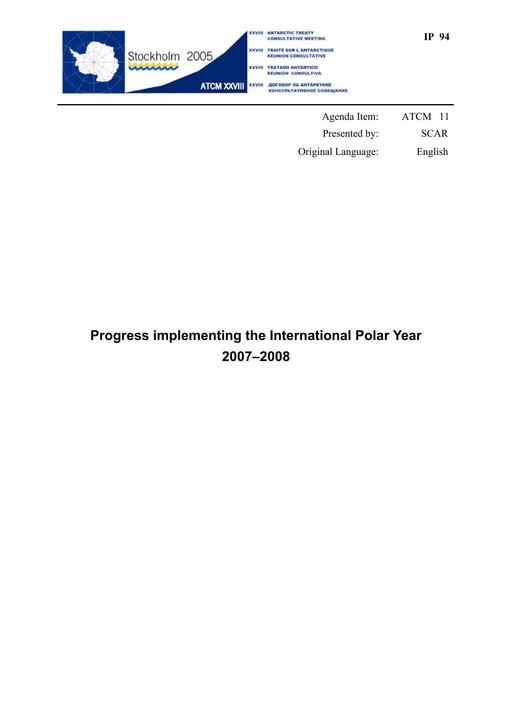 This paper outline preparations being made for the International Polar Year 2007-2008. On behalf of the ICSU/WMO Joint Committee for IPY, SCAR requests that the ATCM notes the progress made and reaffirms its support for the IPY 2007–2008, urging Parties to include the IPY core projects related to the Antarctic in national research programmes and to provide financial and logistic support for their implementation.