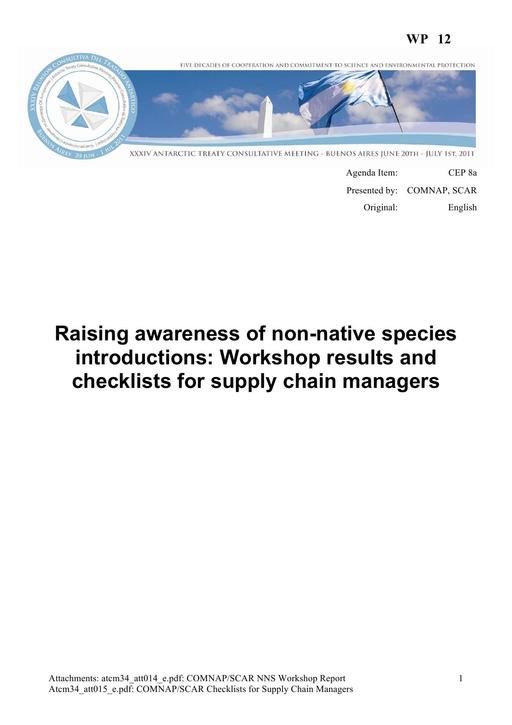 Recognizing the high priority given to reduce accidental introduction of non-native species into the Antarctic area, the preliminary results of the IPY project “Aliens in Antarctica” were presented and discussed in a joint COMNAP/SCAR Workshop held in August 2010. As a result of those discussions, it was agreed that COMNAP and SCAR would work together to prepare the voluntary checklists for supply chain managers to reduce the risk of introduction of non-native species into the Antarctic region. COMNAP and SCAR encourage the CEP to consider inclusion of the checklists into the proposed “Non-Native Species Manual” which is currently under discussion.