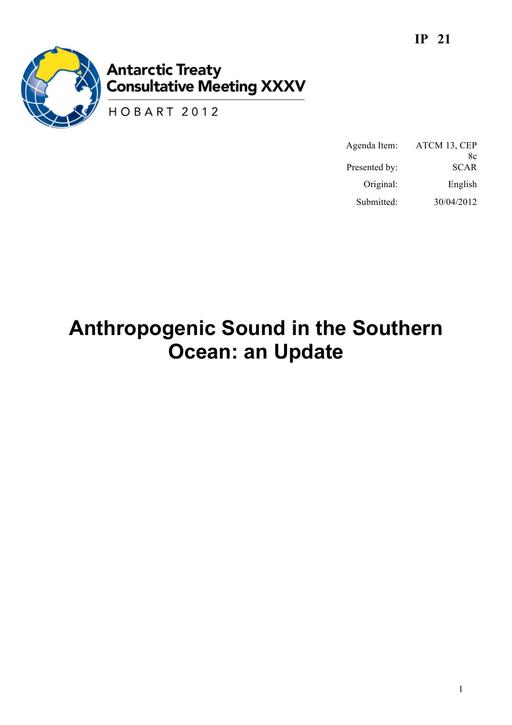 IP021: Anthropogenic Sound in the Southern Ocean: an Update

This paper forms the basis of a response to the request from CEP XIV that SCAR submits a summary of new information on anthropogenic sound in the Southern Ocean. As this concise overview of research developments demonstrates, the effect of sound on marine wildlife is a rapidly developing research field, dominated by work in regions outside the Southern Ocean. Nonetheless, much remains unknown, both generally, and in particular for the Southern Ocean and many of its species. Further research in the region would therefore result in substantial benefits to marine conservation generally, and would help to ensure that policy formulation is evidence-based, and the policies practicable and successful in achieving the ends they are designed to address.