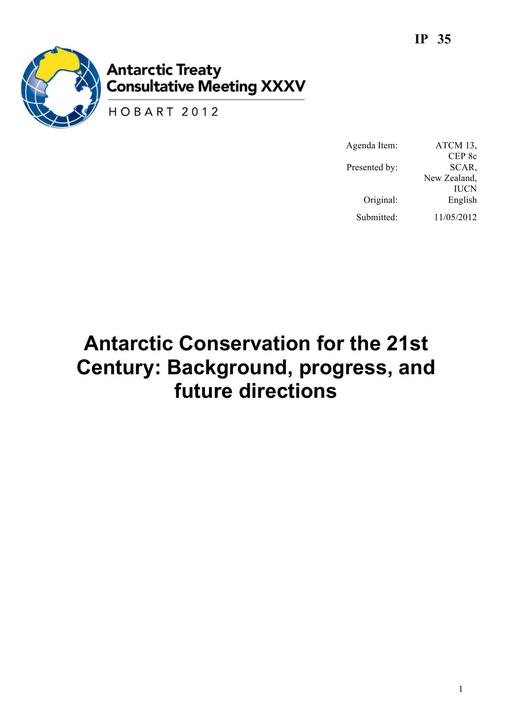 Recognizing the need for an integrated, comprehensive and dynamic plan for the conservation of Antarctica and associated and dependent ecosystems, initial steps have been taken by SCAR, New Zealand and the International Union for Conservation of Nature (IUCN) to formulate a strategy for the future based on the latest developments in conservation science and practice. This paper describes developments to date and proposes a methodical way forward in the development of what is collectively referred to as the Antarctic Conservation Strategy (ACS). A draft preliminary list of the issues to be included in the ACS is appended (Appendix 1). The ACS will only be as useful as the extent to which it is a dynamic strategy supported by all stakeholders and broadly implemented. Further activities will seek the assistance and advice of all of those with an interest and stake in Antarctic conservation.