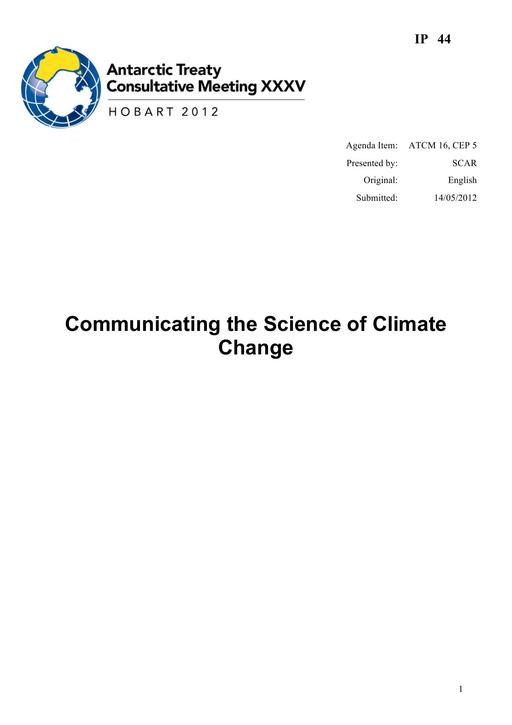 The Antarctic Treaty Parties and SCAR recognise the importance of communicating climate science as a fundamental responsibility, in particular after the publication of SCAR's Antarctic Climate Change and the Environment (ACCE) report. This paper reports on SCAR's climate communications work, with a focus on the elements that need to be considered in the communication of Antarctic climate change science. It takes into account the recommendations on communication included in the SCAR Strategic Plan 2011-2016, specifically with reference to improving the visibility of Antarctic science and the need for wider appeal targeted for inclusion in the next generation SCAR website.