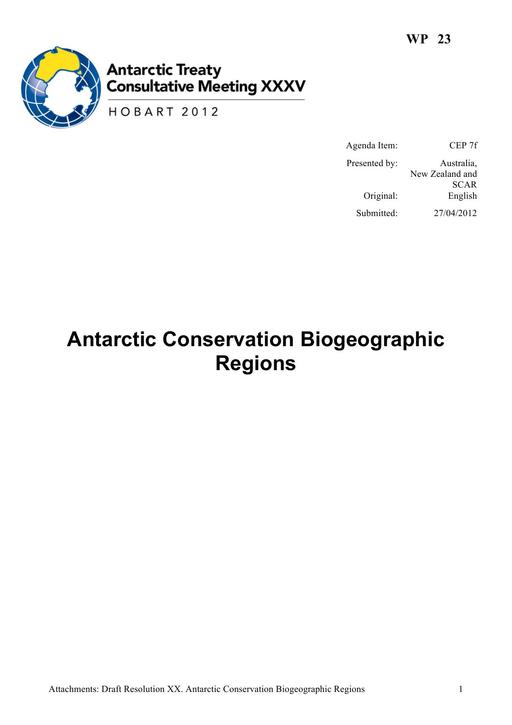 This paper presents the results of recent analyses of the relationships between the best available Antarctic terrestrial biodiversity data, the Environmental Domains adopted under Resolution 3 (2008), and relevant other spatial frameworks. The analyses identified 15 biologically distinct ice-free regions encompassing the Antarctic continent and close-lying islands within the Antarctic Treaty area. Among other potential applications, Australia, New Zealand and SCAR recommend that the Committee endorses the classification represented by these Antarctic Conservation Biogeographic Regions as a dynamic model for identifying Antarctic Specially Protected Areas within a systematic environmental-geographic framework, and as a basis for managing the risk of transfer of species between locations in Antarctica. A draft Resolution is provided for consideration by the Committee.