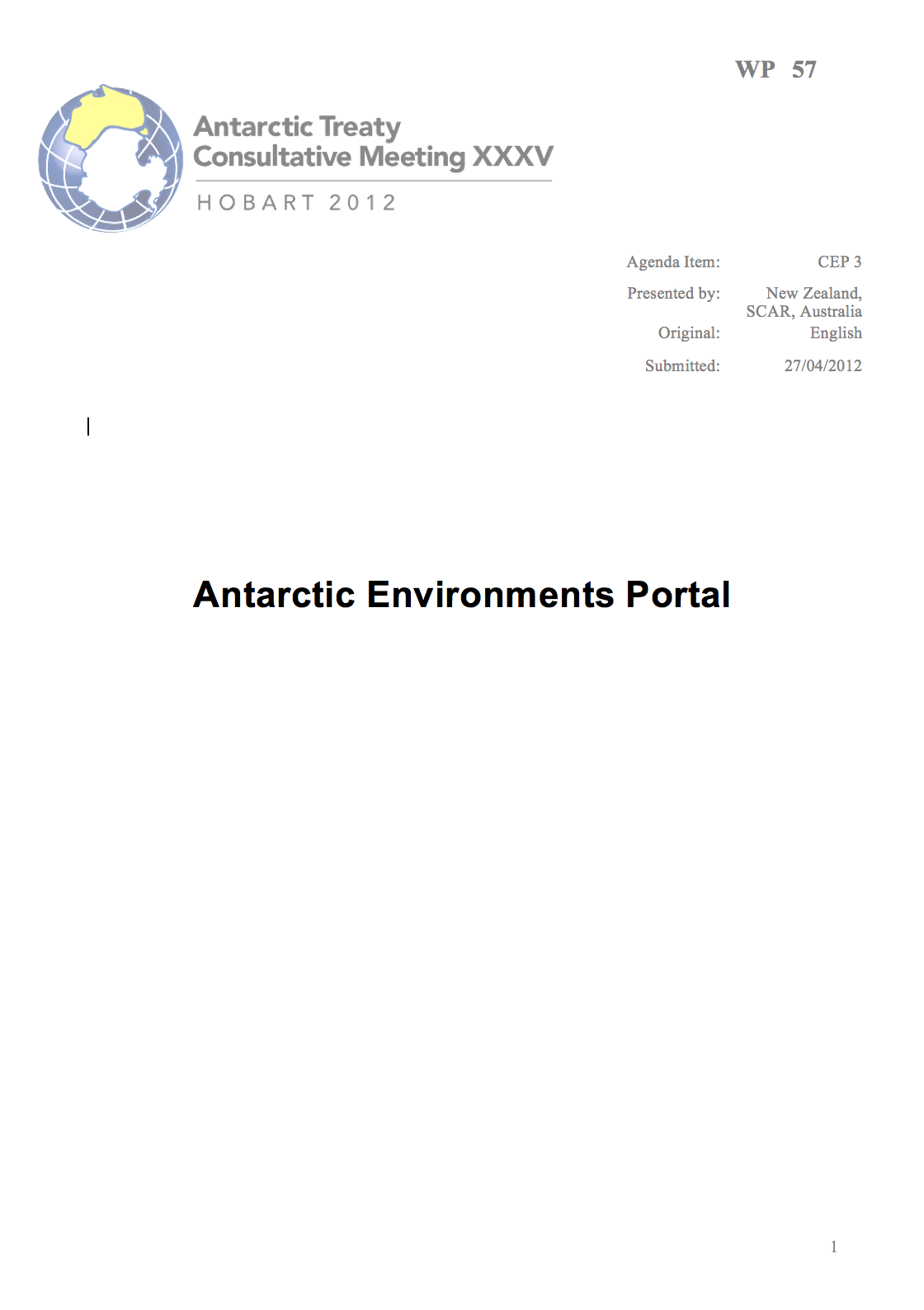 New Zealand, SCAR and Australia see that there is a pressing need to improve the availability of, and access to, scientific syntheses and high quality information to inform decision-making to support the effective implementation of the Protocol. We are seeking to develop an online Antarctic Environments Portal, which aims to be the primary source of information on Antarctic environments. A portal would be an efficient means to strengthen the link between Antarctic science and policy, enhance the CEP’s advisory role to the ATCM, facilitate SCAR’s advisory role to the ATCM and CEP and assist in communicating information on Antarctic environments to the public. We recommend that the CEP note the usefulness of this approach and endorse the concept of the Antarctic Environments Portal.