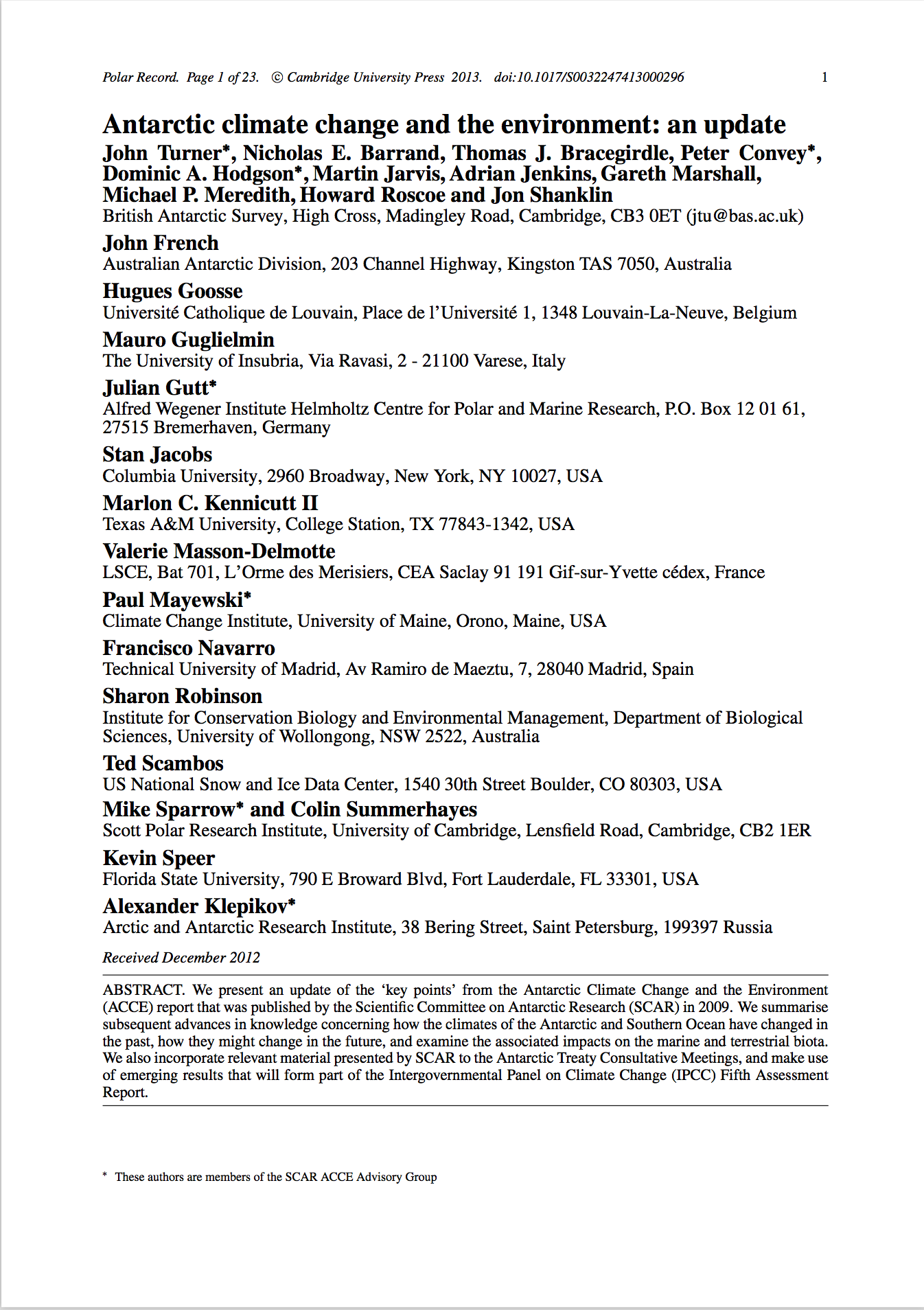 ATT125 to BP021: Antarctic Climate Change and the Environment: An Update (Attachment)

We present an update of the ‘key points’ from the Antarctic Climate Change and the Environment (ACCE) report that was published by the Scientific Committee on Antarctic Research (SCAR) in 2009. We summarise subsequent advances in knowledge concerning how the climates of the Antarctic and Southern Ocean have changed in the past, how they might change in the future, and examine the associated impacts on the marine and terrestrial biota. We also incorporate relevant material presented by SCAR to the Antarctic Treaty Consultative Meetings, and make use of emerging results that will form part of the Intergovernmental Panel on Climate Change (IPCC) Fifth Assessment Report.