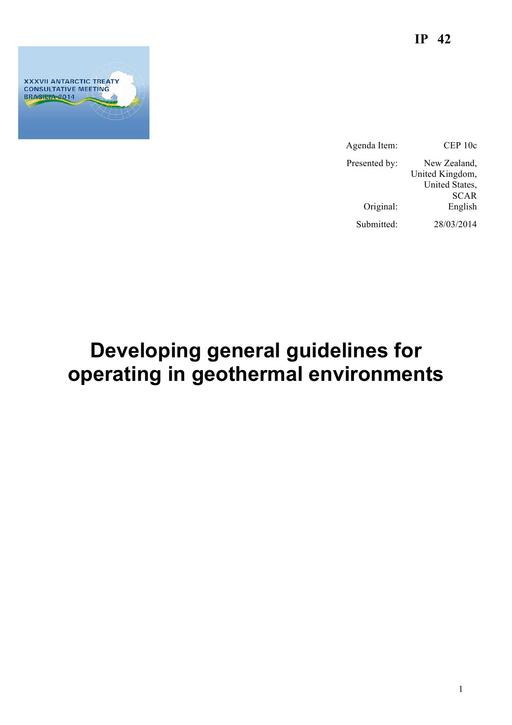 New Zealand, the United States, the United Kingdom and SCAR, in relation to recent work on the development of a Code of Conduct for the Erebus ice caves and the proposed new ASPA for high altitude geothermal sites in the Ross Sea region, are planning to hold a workshop to begin discussions around developing general guidelines for operating in geothermal environments in Antarctica. The workshop is proposed to be held during the next SCAR Open Science Conference in Auckland, New Zealand 22 August – 3 September.