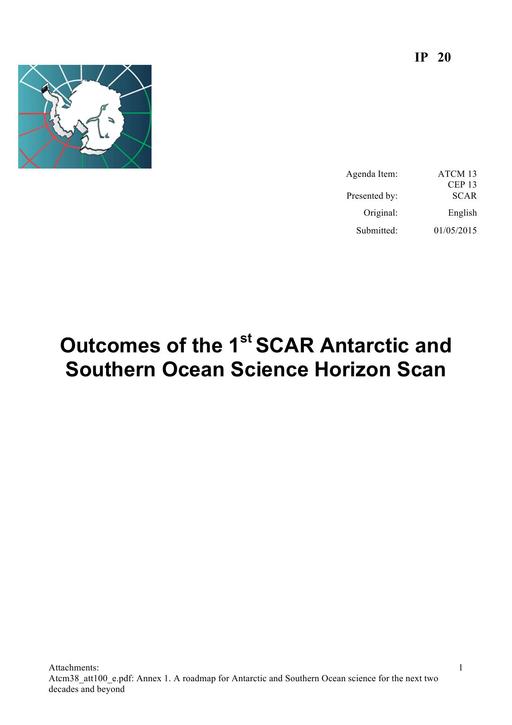 At the XXXVII ATCM in 2014, SCAR informed Parties that it was carrying out the 1st SCAR Antarctic and Southern Ocean Science Horizon Scan to identify the most important scientific questions in and about the Antarctic that should be addressed over the next two decades and beyond (XXXVII ATCM, IP 13). More than 70 of the world's leading Antarctic scientists, policy makers and visionaries (including some early career scientists) gathered in Queenstown, New Zealand, in April 2014, the week prior to XXXVII ATCM in Brasilia, to identify the final list of questions. This paper includes an introduction to Horizon Scan, outcomes of the Queenstown meeting and further developments in relation to this initiative.