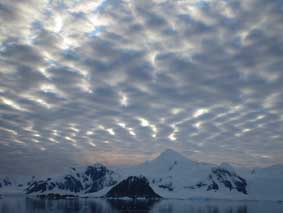 ANGWIN (ANtarctic Gravity Wave Instrument Network) is pleased to announce 4th International ANGWIN workshop at INPE, Brazil, from 24-26 April, 2018. Through the last three meetings (2013 in Japan, 2014 in USA, 2016 in UK) significant progress in the research topics of ANGWIN has been achieved. Based on the results, present Workshop will focus on “Measurements and modeling of gravity wave dynamics and coupling in the Antarctic and Arctic regions” with further extended observation sites over Antarctic.

New observational and modeling studies of atmospheric gravity waves have significantly improved our understanding of their important role for transporting energy and momentum within the middle atmosphere and the coupled thermosphere/ionosphere system. However, gravity wave fluxes and dynamical contributions at polar latitudes are not well understood, primarily due to a paucity of measurements. ANGWIN is a scientific program initiated in 2011 that utilizes a network of instrumentation operated at several international research stations around Antarctica with the primary research goal of quantifying and understanding the dominant sources, propagation and impact of such dynamical processes on a continental-wide scale. The goal of this workshop is to combine together new Antarctic and Arctic observations using optical and radio-wave techniques, and results with modeling studies to gain fresh knowledge and insight of their large-scale effects on the general circulation of the polar-regions lower, middle and upper atmosphere and ionosphere. Dynamical coupling process between the Antarctic Peninsula and South American continent would be another topic to study during the workshop.
We solicit participation of potential scientists in this focused workshop which will include new ground-based and satellite observations, numerical modeling and theoretical studies of polar gravity wave sources, propagation, instabilities, and their effects on local, regional, and global scales.

Specific topics to be discussed:

The workshop is open to all interested researchers and will provide an excellent forum for Post-Graduate students.

For more information, see the First Circular or the 4th ANGWIN Workshop Website.