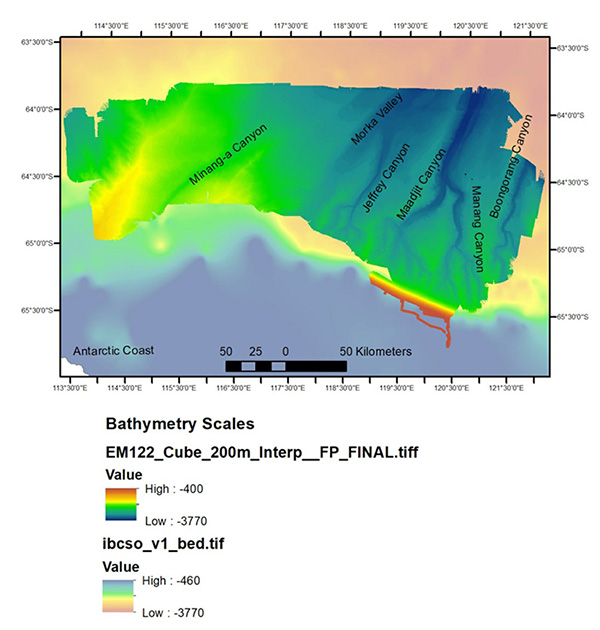 The Standing Committee for Undersea Feature Name (SCUFN) has approved some new feature names for the East Antarctic continental margin. The area is seaward of the Sabrina Coast of WIlkes Land between 114 degrees East and 122 degrees East. The new names apply to a suite of submarine canyons and a submarine valley.

Five of the names are words provided by the Noongar People, the Australian Aboriginal group whose traditional lands would have been adjacent to the Sabrina Coast before Antarctica and Australia separated around 135 Million years ago. The sixth canyon is named after an eminent Australian marine scientist.

Geoscience Australia has produced a fly-through of the canyons available via YouTube.

The canyon names and their meaning are as follows: 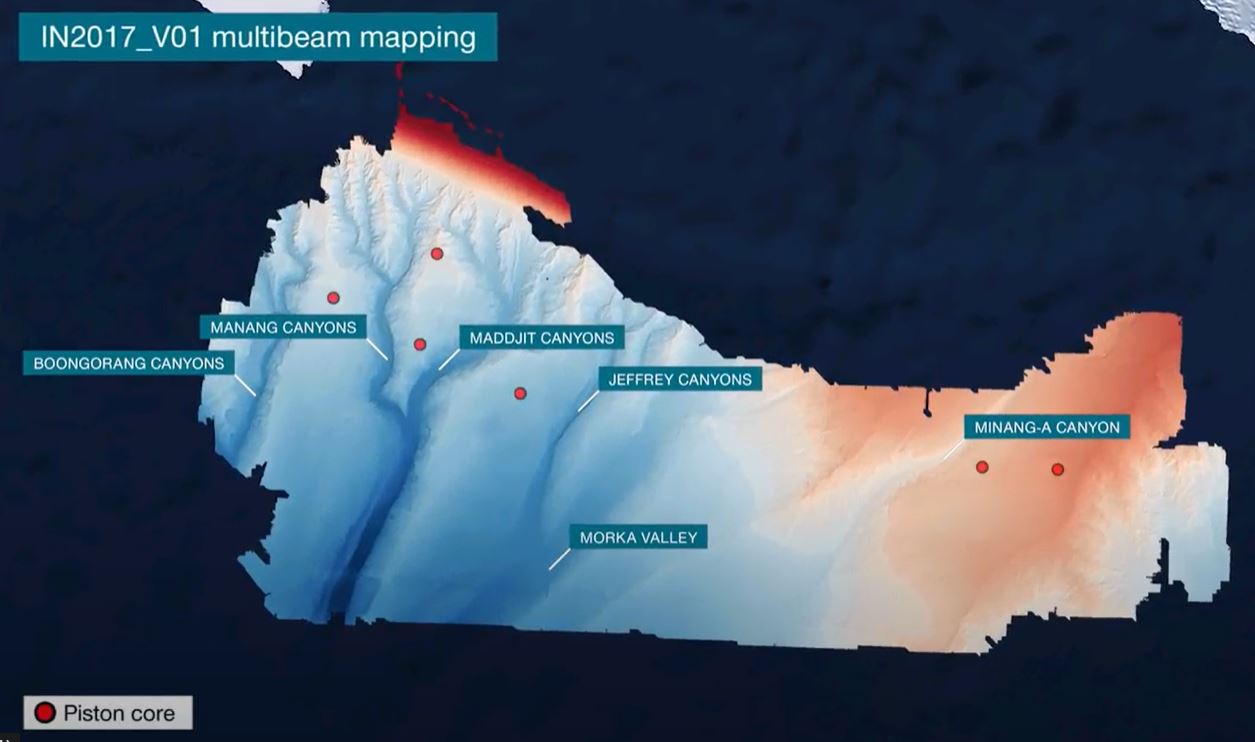 The canyons were mapped in 2017 by scientists on the Marine National Facility vessel RV Investigator, by a team including Assoc. Prof. Leanne Armand (ANU), Dr Phil O’Brien (Macquarie University) and Dr Alix Post (Geoscience Australia). The voyage was supported by Marine National Facility, and particularly Tara Martin and Stuart Edwards by assisting with multibeam acquisition and processing. This project is supported through the Australian Government’s Australian Antarctic Science Grant Program (AAS #4333). The proposal for new names was greatly assisted by Ursula Harris at Australian Antarctic Division and by the Australian Hydrographic Office.