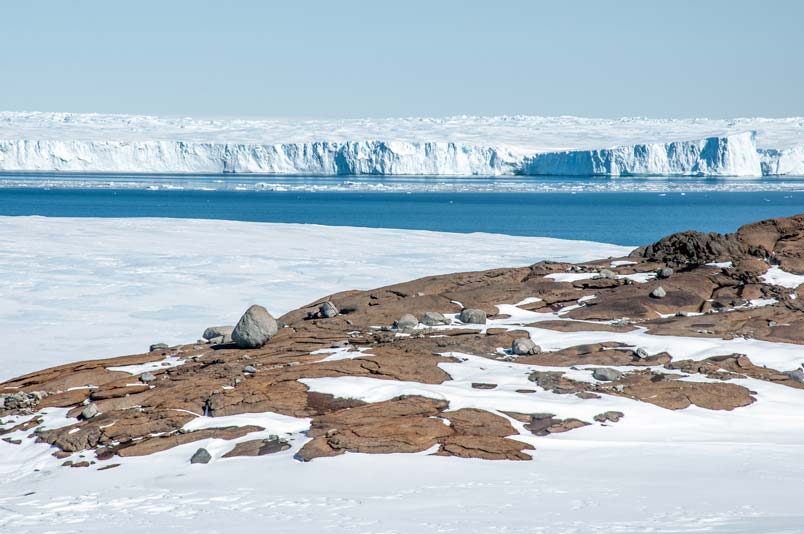 The 2022 State of the Cryosphere Report, Growing Losses, Global Impacts by the International Cryosphere Climate Initiative (ICCI) has been published at the start of the COP 27 UN Climate Change Conference in Sharm el-Sheikh, Egypt.

Reviewed and supported by over 60 leading cryosphere scientists, the Report details how a combination of melting polar ice sheets, vanishing glaciers, and thawing permafrost will have rapid, irreversible, and disastrous effects on the Earth’s population. The 2022 Report, Growing Losses, Global Impacts, updates the latest cryosphere science, and emphasizes that the global impacts of these changes are spreading and worsening.

State of the Cryosphere reports take the pulse of the cryosphere on an annual basis. The cryosphere is the name given to Earth’s snow and ice regions and ranges from ice sheets, glaciers and permafrost to sea ice and the polar oceans – which are acidifying far more rapidly than warmer waters.

The IPCC has concluded that total Arctic summer sea ice loss is now inevitable, likely before 2050. This is one of many sobering conclusions of the 2022 State of the Cryosphere Report, released on November 7.

In recognition of this “terminal diagnosis” for multi-year Arctic sea ice, the “totem” representing this portion of global cryosphere – Earth’s snow and ice regions – will be toppling on its side at the COP27 Cryosphere Pavilion. A ceremony recognizing this “toppled totem” will take place just after the high-level segment ends,
with the participation of Arctic Youth, Indigenous people and sea ice experts.

The first State of the Cryosphere Report, launched at COP26, described in detail the implications of a lack of action on emissions reductions – including potential collapse of the West Antarctic Ice Sheet, vanishing glaciers outside the polar regions, and unstoppable rates of global sea-level rise. The devastating impacts
are largely far from cryosphere regions, in coastal cities and well downstream of glaciers and snow. 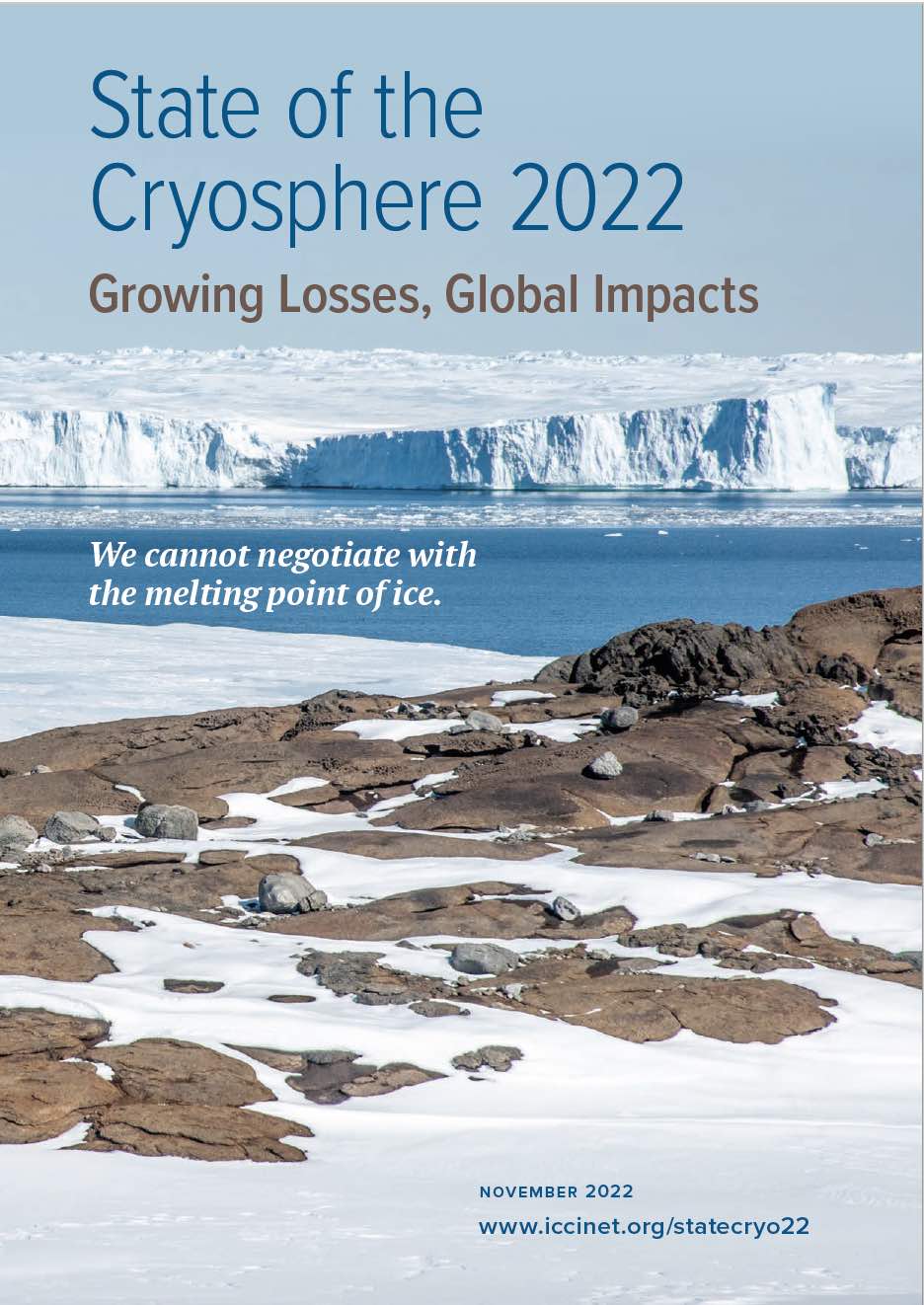 Just one year on, the 2022 Report released at COP27 holds even harsher news. This past year saw March rains on East Antarctica, with temperatures 40°C above normal; a spike in Greenland surface melt for the
first time ever in September; loss of over 5% of glacier ice in the Alps this past summer; and the first documented rise in methane release due to global warming from a permafrost monitoring site. It also saw
greater shell damage in parts of the Arctic Ocean, a clear sign of growing acidification. All of these impacts are irreversible on human timescales.

The 2022 Report emphasizes the IPCC Sixth Assessment’s alarming conclusion that even with very low emissions, summer loss of Arctic sea ice will occur at least once, likely before 2050. The ceremony at the
Cryosphere Pavilion nevertheless emphasizes that although we cannot now prevent future loss of this key cryosphere dynamic, emission reductions consistent with the 1.5°C Paris limit will drastically decrease the
risk of passing ever more damaging cryosphere thresholds.

“This occurrence lies outside modern human experience: the Arctic Ocean has not been ice-free for at least 8,000 years; and probably, not for 125,000 years” says Robbie Mallett, University College London and
Arctic sea ice researcher who will be speaking at the ceremony. “The impacts and feedbacks will be global, and dangerously unpredictable.”

“The two lowest emissions pathways or scenarios are the only ones with any possibility of preventing these catastrophic events that cannot be reversed in anything less than centuries, to tens of thousands of years. A
decision to exceed these limits is a de facto decision to make this happen” says Julie Brigham-Grette,University of Massachusetts Amherst and former chair of the U.S- Polar Research Board.

“Our planet’s melting ice pays no attention to climate pledges and NDCs. It responds only to the level of CO2 and warming in the atmosphere, which shows no sign of pausing. Until our CO2 rise slows, halts and begins to decrease, the ice will continue to respond as it always has: to the only number that really matters.”

The State of the Cryosphere Report is released annually just before each UNFCCC Conference of Parties (COP), and takes the pulse of the cryosphere and its response to climate change to inform negotiators and governments. It focuses on five key cryosphere dynamics with the most serious global impacts on people and ecosystems: mountain glaciers and snow, ice sheets/sea level rise, permafrost, polar oceans, and sea ice. The 2022 Report, the second in the series, was reviewed and supported by more than 60 leading cryosphere scientists, many of them IPCC authors. It emphasizes the growing scale and frequency this past year of extreme cryosphere events, and their spreading consequences in the face of persistent year-on-year rises in CO2 concentrations, climate pledges notwithstanding.