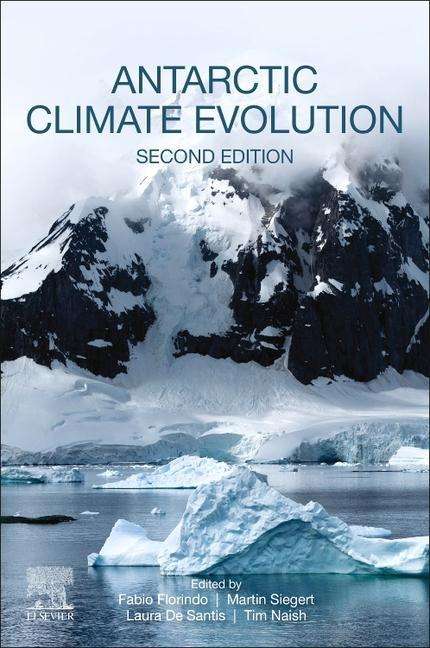 A new edition of "Antarctic Climate Evolution", originally published in 2008, has been released.

Antarctic Climate Evolution, Second Edition, enhances our understanding of the history of the world’s largest ice sheet, and how it responded to and influenced climate change during the Cenozoic. It includes terrestrial and marine geology, sedimentology, glacier geophysics and ship-borne geophysics, coupled with results from numerical ice sheet and climate modeling. The book’s content largely mirrors the structure of the Past Antarctic Ice Sheets (PAIS) programme, formed to investigate past changes in Antarctica by supporting multidisciplinary global research.

This new edition reflects recent advances and is updated with several new chapters, including those covering marine and terrestrial life changes, ice shelves, advances in numerical modeling, and increasing coverage of rates of change. The approach of the PAIS program has led to substantial improvement in our knowledge base of past Antarctic change and our understanding of the factors that have guided its evolution.