The Assembly highlighted the importance of Antarctica in the understanding of our planet and featured presentations from SCAR President Professor Steven Chown and Tinker-Muse Prize Winner Professor Tim Naish.

It provided an opportunity for parliamentarians, rather than governments, to learn more about Antarctica and be able to press their legislatures to support and prioritise the work of the Treaty.

Parliamentary delegations were invited from the 54 signatory countries of the Antarctic Treaty to take part in discussions and debates about subjects ranging from climate change and loss of ice from Antarctic ice sheets, to the increase in polar tourism and protecting Antarctic biodiversity.

A consensus statement signed by all 19 parliamentary delegates present declares that, as a group of parliamentarians from Antarctic Treaty Parties, they:
‘Note with concern the recent Intergovernmental Panel on Climate Change’s Special Report on the Ocean and Cryosphere in a Changing Climate, which highlights the profound effects of climate change on Antarctica’s ecosystems and the potentially catastrophic effects of Antarctic ice loss on global sea level.’ 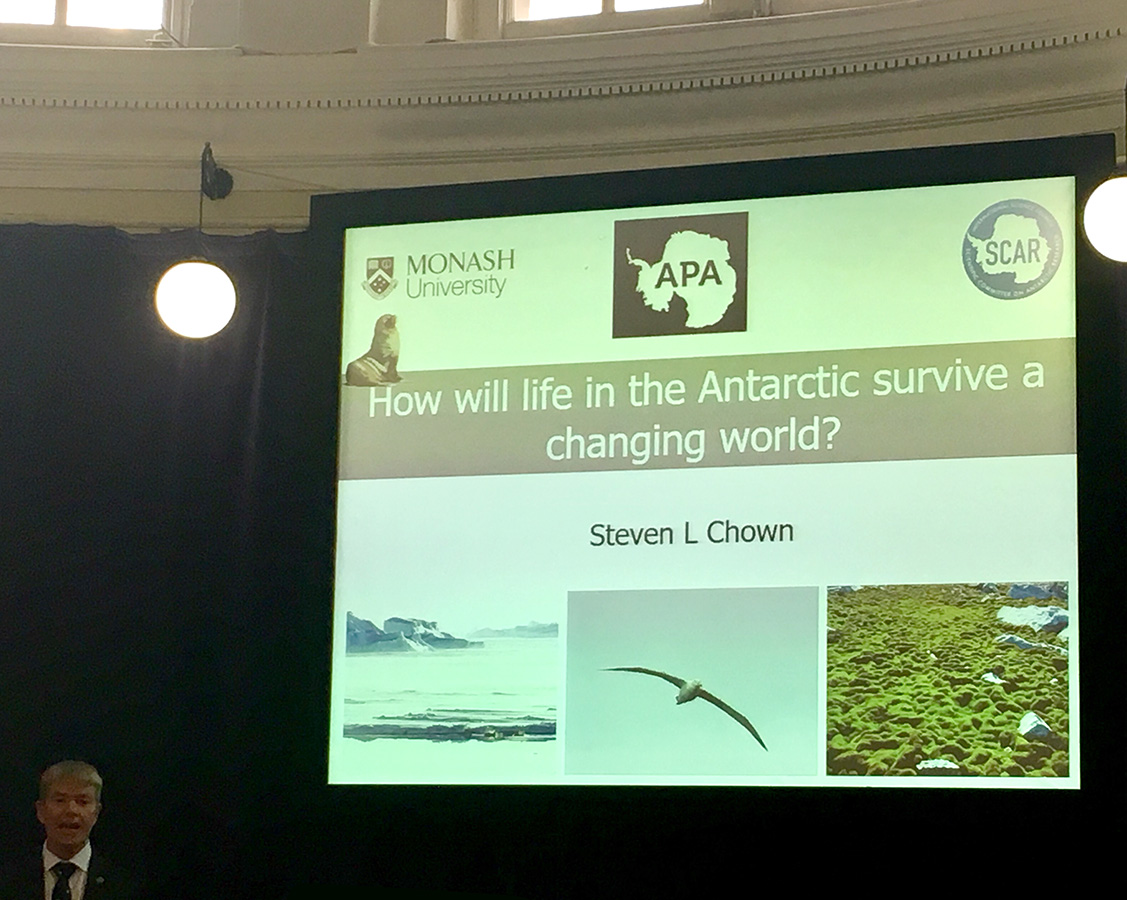 SCAR President Professor Steven Chown from Monash University presented on "How will life in the Antarctic survive a changing world?". The slides of his presentation are available here. He showed how invasive species will thrive in a warmer Antarctic. Prof Chown’s disturbing images of mice eating albatross chicks alive in their nests on some islands had particular resonance with the audience. He stressed that staying within 1.5 degrees of warming could be crucial to the biodiversity in the region, and to the survival of iconic species such as the Emperor Penguin.

Professor Tim Naish's presentation on "How is climate change affecting Antarctica and what does it mean for us?" focussed on the global consequences of future sea level rise (SLR) from loss of Antarctic ice. He highlighted the vulnerability of West Antarctica, which lies below sea level and could contribute several metres of global SLR. Prof. Naish stressed that even with global efforts to curb emissions, a certain amount of SLR was unavoidable, resulting in the potential displacement of millions of people this century.

A presentation by PhD Student Iqra Choudury highlighted the key role SCAR has played in maintaining peaceful scientific cooperation in the Antarctic even through periods of heightened global tension such as the cold war. 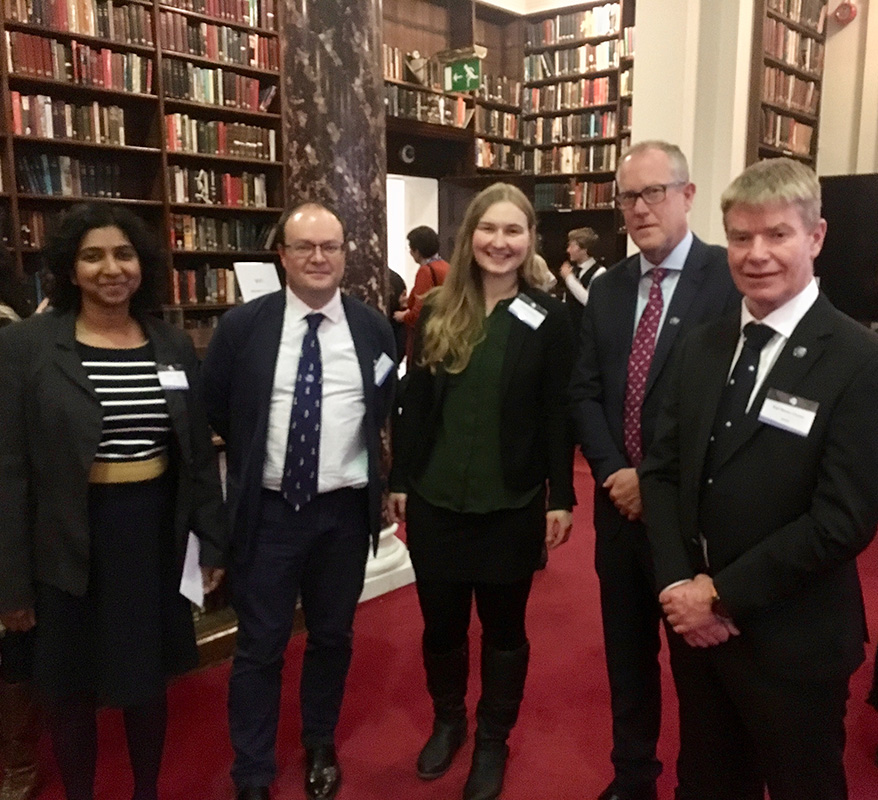 Birgit Njåstad (Norwegian Polar Institute) examined the regulations and measures that are set to help maintain and achieve the high environmental goals for Antarctica by the Antarctic Treaty. Dr Daniela Portella Sampaio (University of Leeds) asked whether human presence, in the form of Antarctic tourism, could support environmental protection.

Plastics and fisheries were other themes of the conference, with the parliamentarians "reinforcing international cooperation on pollution issues, including plastics, that affect the Antarctic environment".
They also noted the anticipated continued growth in tourism (seaborne tourism is expected to increase by 40% in the 2019-20 season) and its potential impact on the Antarctic ecosystem, committing to ‘ensuring that tourism is conducted strictly in a safe, environmentally responsible manner’ in accordance with the Antarctic Treaty.

The meeting was organised by the UK's All-Party Parliamentary Group for the Polar Regions Secretariat with advice from SCAR.

It was timed to coincide with Antarctica Day and the 60th Anniversary of the signing of the Antarctic Treaty, on 1st December 2019.

A final conference statement and further background material is available from the APA website.