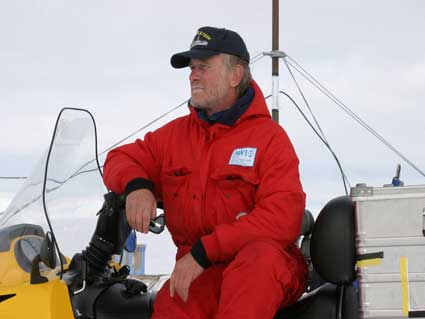 It is with deepest sorrow that we announce the loss of an esteemed colleague, Joachim Plötz, who passed away on 4th December 2018. Joachim was an active member of the SCAR community, and played a key role in the work of SCAR's Expert Group on Birds and Marine Mammals (EGBAMM).

Joachim first joined AWI in 1982 and dedicated his working life to the investigation of Antarctic seals. His affiliation with SCAR was the basis for many international contacts and collaborations, which often developed into friendships over the years. As the AWI’s environmental representative at ATCM meetings, he was involved in the implementation of the Madrid protocol. Both his scientific work with iconic animals and his strong feeling perception that they deserve protection, made him the ideal person to contribute to the AWI’s public relations activities in numerous reports, pictures and films.

Joachim is survived by his wife Petra, his daughter and his son, with their families and grandchildren. He will be greatly missed by many in the SCAR community, both as a colleague and as a friend.