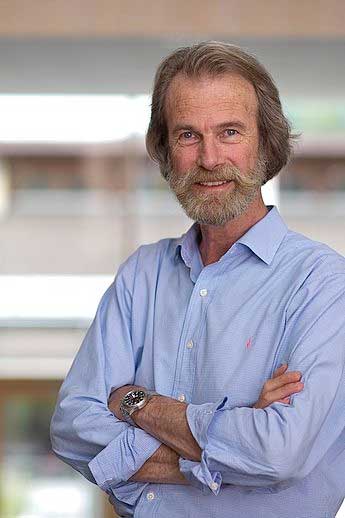 SCAR is deeply saddened to learn of the death of Prof Dr Konrad Steffen after an accident during fieldwork in Greenland. As the SCAR Delegate for Switzerland for the past six years, and representative in the Physical Sciences Group, he has been an enthusiastic and committed participant in the SCAR community.

Koni Steffen was a glaciologist known for his research on climate change in the Arctic and Antarctic, particularly on the response of the Greenland ice sheet to a warming climate. He worked at the University of Colorado in Boulder for many years, becoming Professor of Climatology in 1990, then Director of the University’s Cooperative Institute for Research in Environmental Sciences (CIRES) in 2005. He took up his current post as Director of the Swiss Federal Institute for Forest, Snow and Landscape Research (WSL) in mid-2012, while remaining Professor Emeritus of Geography at Boulder. He has played a crucial role as a lead author on various IPCC reports, contributing to the "Observations: Cryosphere" chapter of AR5, and to the framing and context chapter of the recent Special Report on the Ocean and Cryosphere in a Changing Climate (SROCC).

Koni became the SCAR Delegate for Switzerland in April 2014 and, along with the new Alternate Delegate Martin Schneebeli, immediately injected new life into the Swiss Antarctic programme. At their first SCAR Delegates Meeting in September 2014, they made a successful bid to host the 2018 meetings in Davos. This soon turned into planning for the hugely-successful, joint SCAR/IASC Polar2018 Conference “Where the Poles come together”. The success of the meeting was due in no small part to Koni’s generous support.

Colleagues refer to Koni’s warmth and kindness, his dedicated and infectious enthusiasm for his research, and his mentoring of students and the wider scientific community. In 1990, he established Swiss Camp on the Greenland ice sheet and brought countless graduate students and researchers to work there, as well as camera crews and government officials to observe the melting ice and rising seas at first hand. Within SCAR, he was always quick to respond to requests for help and support, whether it was providing images for the Strategic Plan or supporting SCAR’s capacity building schemes, including providing funding for additional Visiting Scholarships in 2017 and 2019.

Our thoughts are with Koni’s family, friends and colleagues. He will be sorely missed.