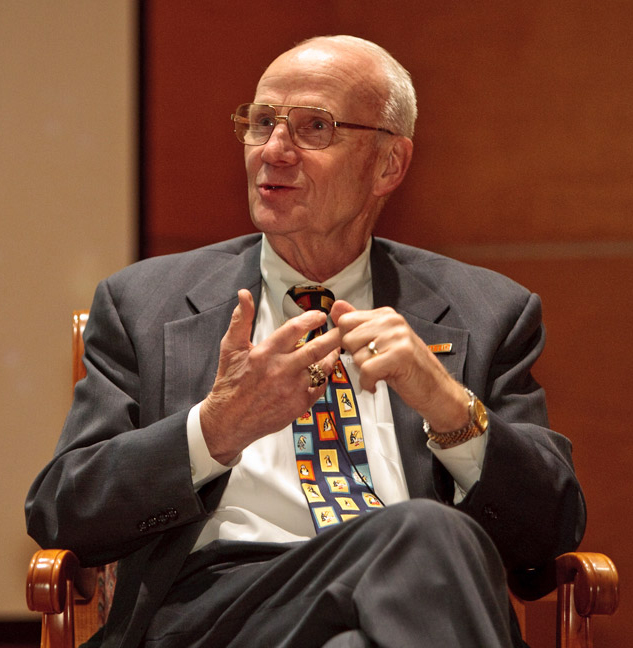 SCAR is saddened to inform our community that former SCAR President Dr Robert H. Rutford passed away on 1 December 2019.

Bob Rutford was born in Duluth, Minnesota, on 26 January 1933 and received his BA (1954), MA (1963) and PhD (1969) degrees from the University of Minnesota. He served with the US Army (1954–56) and spent part of this time in north-western Greenland, his introduction to the polar regions. He made his first visit to Antarctica in 1959 to carry out geological research in the Ellsworth Mountains that would form the basis of his PhD thesis. His main research interests were in glacial geology and geomorphology. From 1972 to 1975 he was Director of the Ross Ice Shelf Project while at the University of Nebraska in Lincoln. He then moved to Washington to become the Director of the Division of Polar Programs at the National Science Foundation (1975– 77). His career then changed to university administration as Vice-Chancellor for Research and Graduate Studies, and Professor of Geology (1977–82) and as Interim Chancellor (1980–83) at the University of Nebraska. From here Bob moved to be President and Professor of Geology at the University Texas in Dallas (1982–94). Upon resigning the Presidency he was appointed Excellence in Education Foundation Professor of Geology in the Geosciences Department where he continued to teach part-time until 2007.

Bob maintained his interest and connection with Antarctic research for more than 50 years and visited the Antarctic in various capacities more than 20 times. He has attended every SCAR meeting from 1970 to 2004 and was US Delegate (1986–2004), Vice-President (1996–98) and President (1998–2002). As President he oversaw the review of SCAR and was responsible for its implementation. During his long and successful career Bob received numerous honours and awards, among them the Distinguished Science Medal, the highest award given by the NSF. The 130 mile-long Rutford Ice Stream, which drains part of the West Antarctic Ice Sheet, has been named after him. In 2007, the summit of Craddock Massif in the Sentinel Range of the Ellsworth Mountains was named Mount Rutford.

Over the years, Bob was an enthusiastic and committed supporter of SCAR and attended many Antarctic Treaty Consultative Meetings, both as an advisor on the US Delegation and as President of SCAR. In his role of President of SCAR he was an effective advocate for scientific research in the Antarctic and for the role of SCAR as the pre-eminent scientific advisor to the Antarctic Treaty. Bob will be greatly missed.