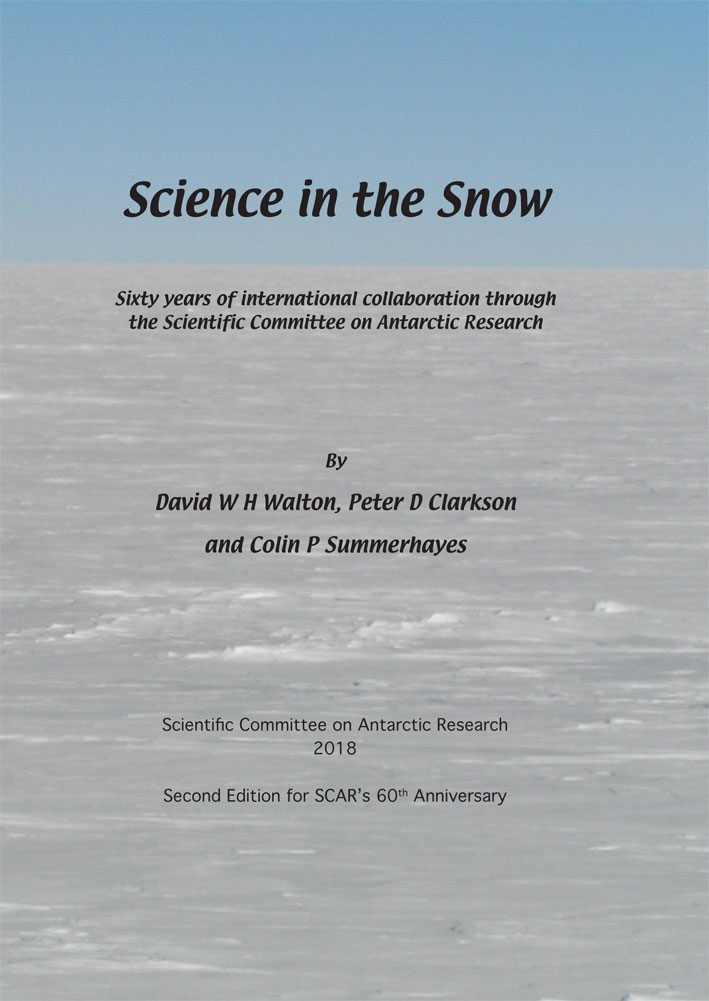 A review of SCAR's landmark book Science in the Snow: Sixty years of international collaboration through the Scientific Committee on Antarctic Research has been published in Polar Record. The review was written by Aant Elzinga of Gothenburg University, Sweden. He notes the expertise of the authors, the rich illustrations, and the value it offers to scientists, social scientists, and historians.

"This richly illustrated book gives an account of the evolution of SCAR from the time of its birth in 1958 in the wake of the International Geophysical Year (IGY 1957–58) up to and including its 60th birthday. It is the second (now expanded) edition of a book previously issued in connection with the organisation’s 50th birthday. The primary focus is on the inner life of SCAR, its structure, and its purpose in bringing together members of national scientific communities to plan, coordinate and collaborate through Antarctic research programmes. The reader is provided with detailed descriptions of the science done and how research agendas, themes, as well as priorities have changed over time, plus how results were and are disseminated"

"Apart from being a mine of information that will interest many scientists and amongst some of these trigger memories of times past, the present volume is an invaluable sourcebook for historians and social scientists concerned with analysing changing trends in Antarctic research. With its fount of facts and data it may also serve as a point of departure for oral history projects."

This review reflects the tremendous efforts of the book's three authors, Professor David Walton, Professor Peter Clarkson and Dr Colin Summerhayes in compiling a rich source of information on SCAR's history. Professor David Walton sadly passed away on 12th February 2019 and is much missed by the SCAR community. An obituary by SCAR's President can be read here.