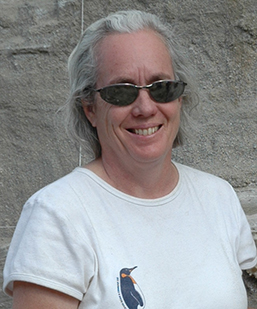 The 2018 SCAR Medal for International Coordination has been awarded to Professor Terry Wilson, Professor at the Ohio State University, USA, for her long-standing contributions and leadership of the Solid Earth sciences within SCAR. Terry Wilson's contributions were acknowledged with outstanding service noted as SCAR Vice-President, Chief Officer and heading the “Dynamic Earth” component of the Horizon Scan activity. Along with wider national and international leadership roles beyond SCAR, her commitment to supporting the next generation of researchers through a wide range of international training schools were particularly appreciated.

After receiving the news about her award, Terry commented "I am delighted and surprised! I have learned through SCAR the many ways that international and interdisciplinary perspectives and participation leverage science and result in greater excellence and global impact. Working together with international colleagues has been an inspiration and a pleasure in my career – this recognition is thus especially gratifying, and I am greatly honored to receive the SCAR Medal for International Scientific Coordination."

The SCAR Medal for International Coordination is awarded for outstanding and sustained contributions to international cooperation and partnerships. Nomination of persons who have advanced SCAR's mission to initiate, facilitate, co-ordinate and encourage international research activity in the Antarctic region are encouraged. Awardees should have a distinguished professional career history. A record of recognition of international activities by their peers, including prizes, honorary degrees, and other awards, demonstrating the person's impact. The relevance of such coordination work should be demonstrated, for example with regard to capacity building, products of use to the wider community, data and information, etc.

Professor Wilson's application, led by Matt King, was considered by an independent medal committee and approved by the other SCAR Executive Committee members. The medal will be awarded at the XXXV SCAR Meeting, during the Polar2018 Conference Dinner in Davos on the 21st of June 2018. Terry Wilson joins a distinguished group of past recipients of this Medal including Heinrich Miller (2016), Chuck Kennicutt and Rasik Ravindra (2014 joint award), Ian Allison (2012), Alan Cooper and Robert Rutford (2010 joint award), Claude Lorius (2008), and David Walton (2006).

Please join us in celebrating the important contributions of Professor Terry Wilson.