On 19 June the first ever World Albatross Day will be celebrated online around the globe. The day honours these magnificent birds and highlights the ongoing conservation crisis they face.

The theme for 2020 is ‘eradicating island pests’, since many albatross species have to contend with threats from introduced mice, rats, cats and pigs on their breeding islands. In recent years, pests have been removed from subantarctic Antipodes and Macquarie Islands, and work continues to eliminate the ‘killer’ house mice that attack and kill breeding albatrosses and their chicks on Gough and Midway Islands.

But introduced pests are not the only threat for albatrosses. Interaction with fishing gear, in domestic and high seas fisheries, causes the death of thousands of albatrosses, petrels and shearwaters every year. 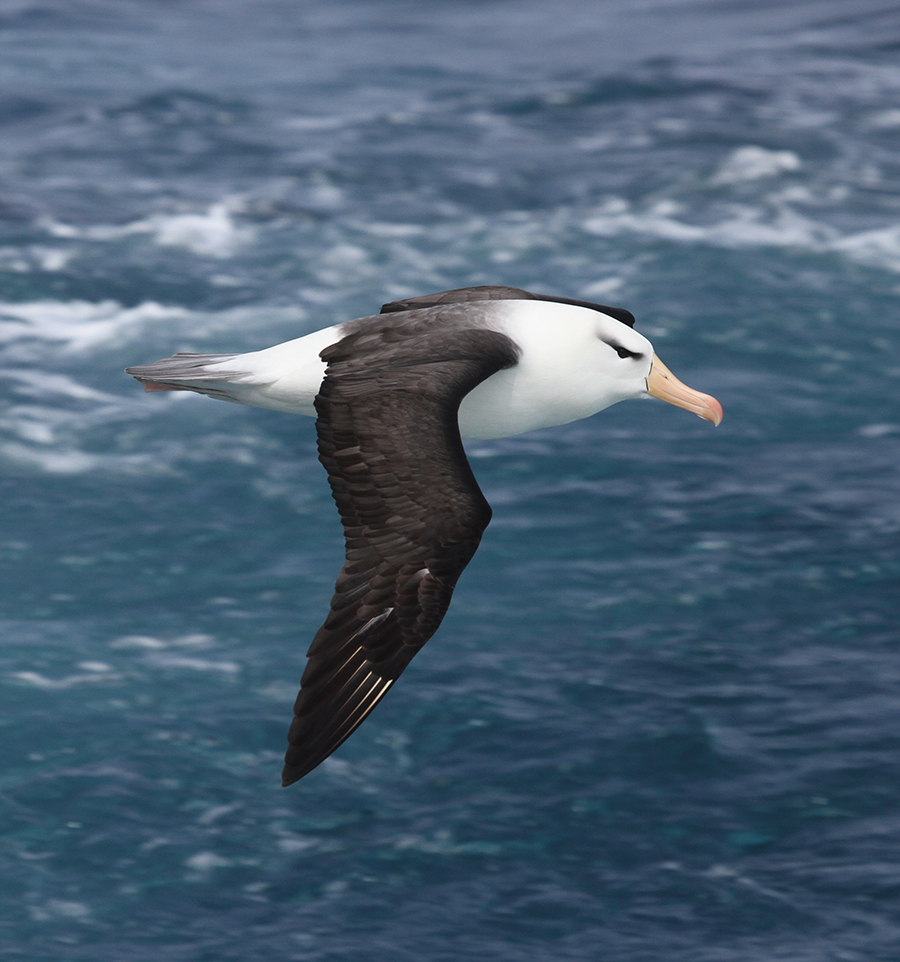 A recent paper published in the journal Nature (together with a companion data paper in the journal Scientific Data) uses electronic and satellite tracking data from birds and marine mammals to protect Southern Ocean Ecosystems. These publications are part of the Remote Analysis of Antarctic Tracking Data (RAATD) project of the SCAR Expert group on Birds and Marine Mammals and on Antarctic Biodiversity Informatics. SCAR engaged its extensive network of Antarctic researchers to assemble existing Southern Ocean predator tracking data. The result was an enormous database of over 4000 individual animal tracks from 17 predator species with diverse prey requirements, among them data for five different albatross species.

Another publication, "Ocean sentinel albatrosses locate illegal vessels and provide the first estimate of the extent of nondeclared fishing", used albatrosses equipped with state-of-the-art loggers which monitor fisheries in remote areas. Albatrosses fitted with loggers detecting and locating the presence of vessels and transmitting the information immediately to authorities allowed an estimation of the proportion of nondeclared fishing vessels operating in national and international waters of the Southern Ocean.

The inaugural World Albatross Day comes at a time when the world has been turned upside down by a global pandemic. I hope this crisis reminds us how much we must treasure the natural environment of which we are custodians. To paraphrase the words of Sir Geoffrey Palmer (former New Zealand Prime Minister) who in May 1990 was speaking about whales, if we allow albatrosses to become extinct, how can we imagine ourselves capable of solving the many other environmental problems the world faces?

The Agreement on the Conservation of Albatrosses and Petrels, ACAP, has inaugurated World Albatross Day to raise awareness of these birds worldwide, since a global effort is required to protect these global travellers. The day also falls on the date of the signing of the Agreement 20 years ago.

ACAP currently has 13 member countries (known as Parties) and coordinates international activities to mitigate threats to albatross populations through legislation and education. This effort is supported by several non-member states and non-governmental organisations (NGOs). ACAP currently lists 31 species of albatrosses, petrels and shearwaters, most of which have a global threatened status.

Resources have been made available on the ACAP website for anyone to use for online promotion and media releases about the day. They include free posters, videos, lectures, species summaries, puzzles, games and competitions. The international Great Albicake Bake Off promises to be a delicious way to recognise these iconic birds.