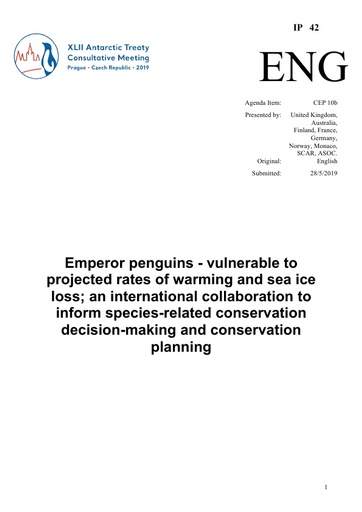 An international group of scientists from the United Kingdom, Australia, Finland, France, Germany, Monaco, Norway, the United States and SCAR, including the majority of those holding long-term data and having experience of working with emperor penguins, have formed an international collaboration to review the dependence and vulnerability of emperor penguins to ongoing and projected climate change. The outcomes of this work will have relevance to the ATCM and CEP because of its implications for species-related conservation decision-making and conservation planning.