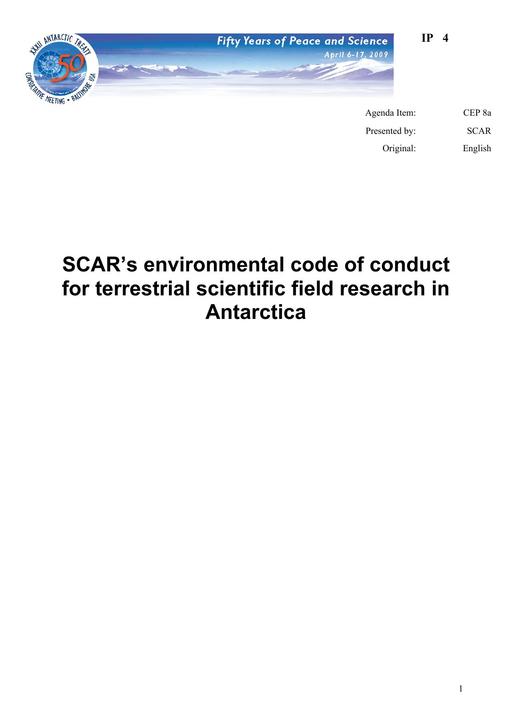 The SCAR Environmental Code of Conduct provides guidance for scientists undertaking terrestrial scientific field research in Antarctica. Reference was made to the need for this Code during CEP IX (Paragraph 132), where SCAR offered to make a version available. The Code has been reviewed by the SCAR community and COMNAP, and was approved by the XXX SCAR Delegates Meeting in Moscow July 2008). The requirement, expressed in this code of conduct, of avoiding the introduction of propagules of alien species is common in several management plans for Antarctic Specially Protected Areas and in operational procedures of research stations. However, it is expressed in differing terminologies and wording in various protocols. A unified code of conduct for fieldwork anywhere in the Antarctic, including protected areas, using a common terminology is provided in this paper.