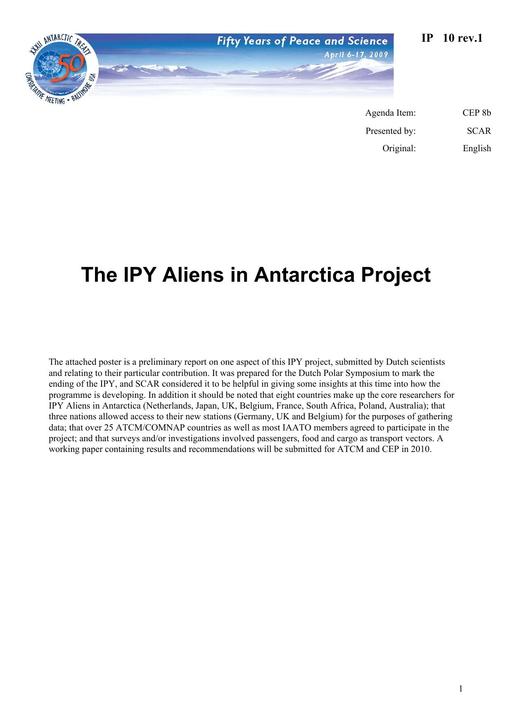 The attached poster is a preliminary report on one aspect of this IPY project, submitted by Dutch scientists and relating to their particular contribution. It was prepared for the Dutch Polar Symposium to mark the ending of the IPY, and SCAR considered it to be helpful in giving some insights at this time into how the programme is developing. In addition it should be noted that eight countries make up the core researchers for IPY Aliens in Antarctica (Netherlands, Japan, UK, Belgium, France, South Africa, Poland, Australia); that three nations allowed access to their new stations (Germany, UK and Belgium) for the purposes of gathering data; that over 25 ATCM/COMNAP countries as well as most IAATO members agreed to participate in the project; and that surveys and/or investigations involved passengers, food and cargo as transport vectors. A working paper containing results and recommendations will be submitted for ATCM and CEP in 2010.