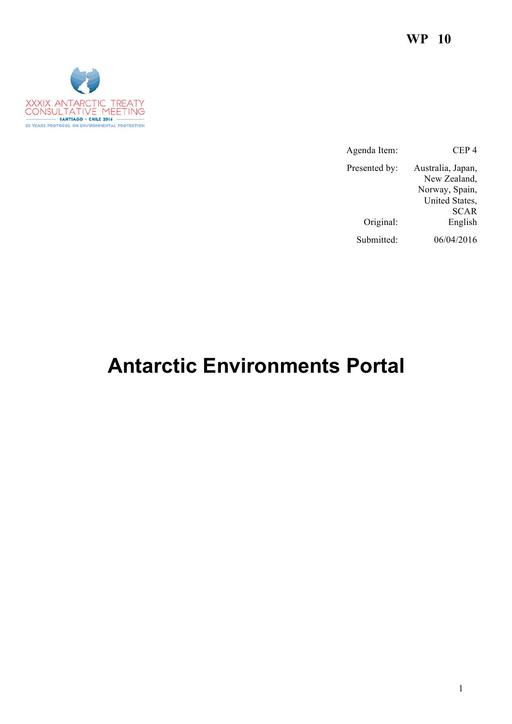 The Antarctic Environments Portal is now well established and a year into its operational phase. This Working Paper records the benefits of the Portal that are now being realised and reviews the progress made since CEP XVIII: notably, the Portal has been transferred to the University of Canterbury, Christchurch, and three-years of external funding to support the management of the Portal has been generously provide by the Tinker Foundation. The paper also lists the articles in various stages of preparation for publication.

The paper authors recommend that the Committee continue to engage with and support the Portal (not least by encouraging contributions from their science communities); review the material in preparation, and continue to discuss the longer-term management arrangements for the Portal.