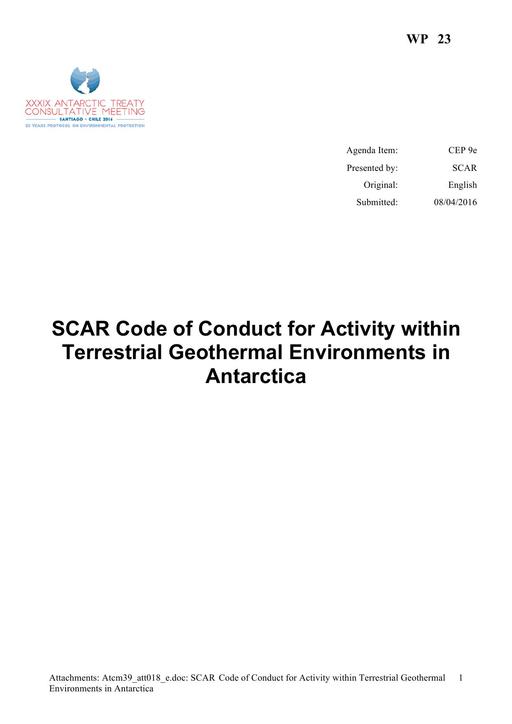 WP023: SCAR Code of Conduct for Activity within Terrestrial Geothermal Environments in Antarctica

Recognizing the broad and extensive consultation that has been undertaken in the development of SCAR’s Code of Conduct for Activity within Terrestrial Geothermal Environments in Antarctica ( pdf ATT018 (153 KB) ) SCAR recommends that the CEP considers the Code of Conduct and, if agreed, encourages its dissemination and use when planning and undertaking activities within terrestrial geothermal areas.