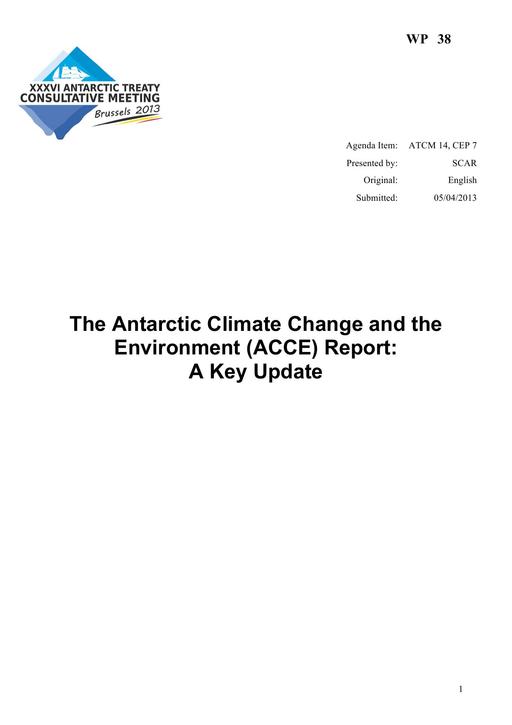 WP038: The Antarctic Climate Change and the Environment (ACCE) Report: A Key Update

This paper represents a major update of the original SCAR Antarctic Climate Change and the Environment (ACCE) report (Turner et al., 2009). It summarises subsequent advances in knowledge concerning how the climates of the Antarctic and Southern Ocean have changed in the past, how they might change in the future, and examines the associated impacts on the marine and terrestrial biota.