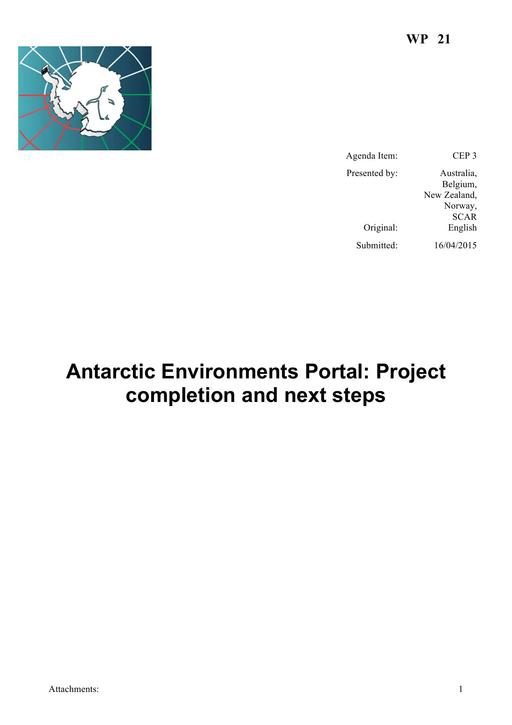 The Portal development project is concluding. The Portal is being transferred to the University of Canterbury, Christchurch, New Zealand from where it will be managed for an interim period of time. A Management Board will be established to oversee the Portal. An Editorial Group has been established to support the Editor. Funding to support the ongoing operation of the Portal is actively being sought.

Members are invited to: lend their support to the Portal; consider how it can be used to support the work of the CEP; consider whether and how it might engage with the Portal by providing Editorial Group members in the future, and provide thoughts on long-term management arrangements for the Portal.