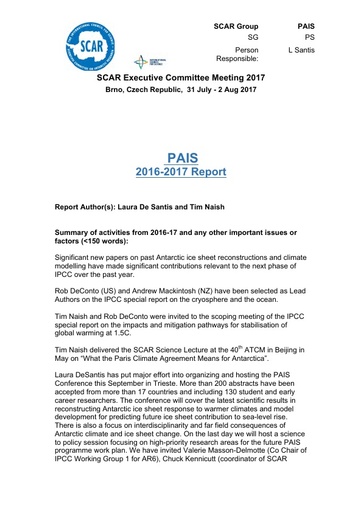 Summary of activities from 2016-17 and any other important issues or factors: