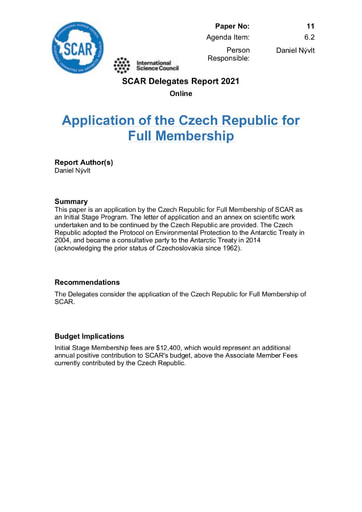 The Delegates consider the application of the Czech Republic for Full Membership of SCAR.

Initial Stage Membership fees are $12,400, which would represent an additional annual positive contribution to SCAR's budget, above the Associate Member Fees currently contributed by the Czech Republic.