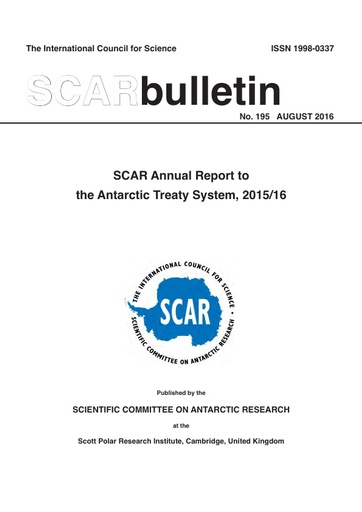 The Scientific Committee on Antarctic Research (SCAR) is a non-governmental, Interdisciplinary Scientific Body of the International Council for Science (ICSU), and Observer to the Antarctic Treaty and the UNFCCC.

SCAR’s Mission is (i) to be the leading, independent, non-governmental facilitator, coordinator, and advocate of excellence in Antarctic and Southern Ocean science and research and (ii) to provide independent, sound, scientifically-based advice to the Antarctic Treaty System and other policy makers, including the use of science to identify emerging trends and bring these issues to the attention of policy makers.