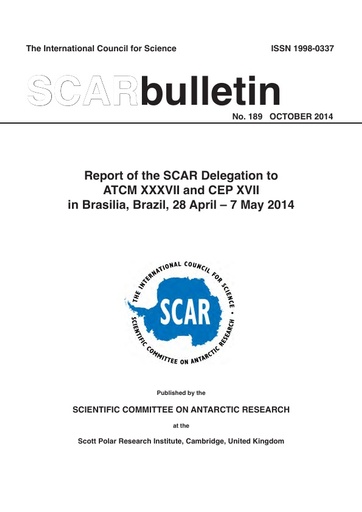 Report of the SCAR Delegation to ATCM XXXVII and CEP XVII in Brasilia, Brazil, 28 April – 7 May 2014