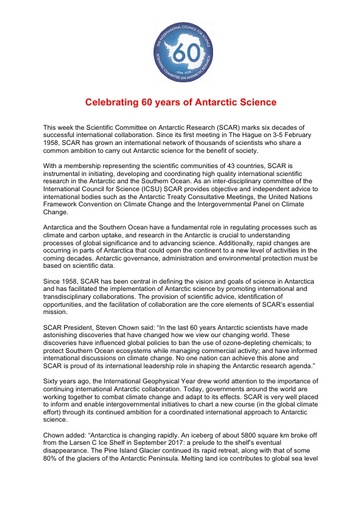 Celebrating 60 years of Antarctic Science - SCAR marks six decades of successful international collaboration since its first meeting in The Hague on 3-5 February 1958 in this press release, issued on Monday 5 February 2018 to mark the official 60th anniversary of SCAR's formation.

A pdf fact sheet (104 KB) was also issued as an accompaniment to the press release.