Chapter 5 of Science in the Snow (2nd edition) Popular 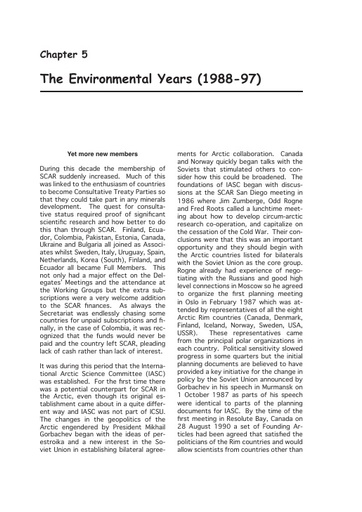 During this decade the membership of SCAR suddenly increased. Much of this was linked to the enthusiasm of countries to become Consultative Treaty Parties so that they could take part in any minerals development. The quest for consultative status required proof of significant scientific research and how better to do this than through SCAR.