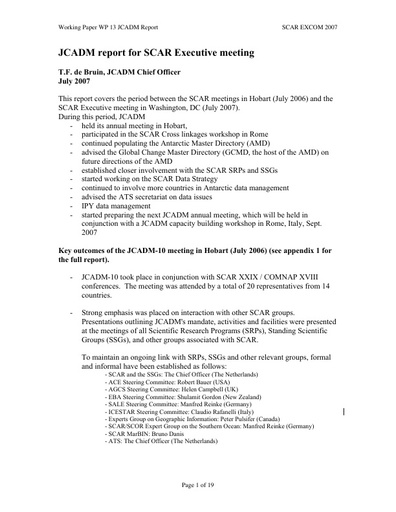 This report covers the period between the SCAR meetings in Hobart (July 2006) and the SCAR Executive meeting in Washington, DC (July 2007).
During this period, JCADM: