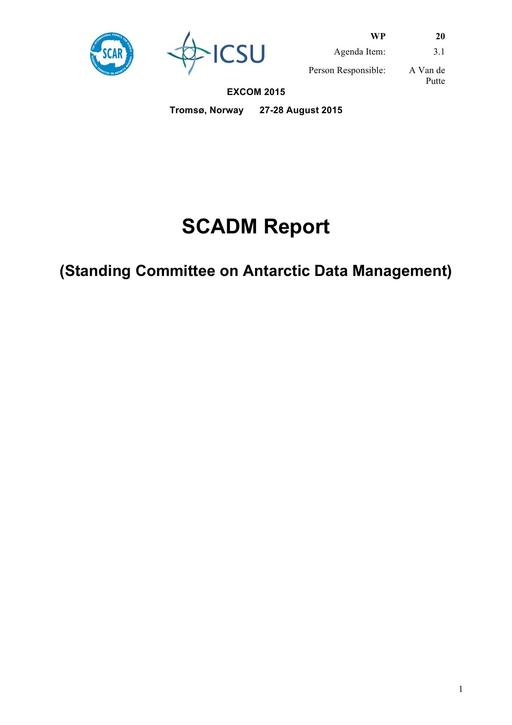 Important Issues or Factors: Level of participation of countries is highly variable. Interaction with other stakeholders is becoming increasingly important.

Recommendations/Actions and Justification: In order to facilitate communication, the EXCOM to decide if online conference facility services are needed as well as decide on a system to be used.

Partners: Secretariat, EXCOM and SCAR groups and other outside of SCAR.

Budget Implications: an annual budget for the use of online conference facility software/services.