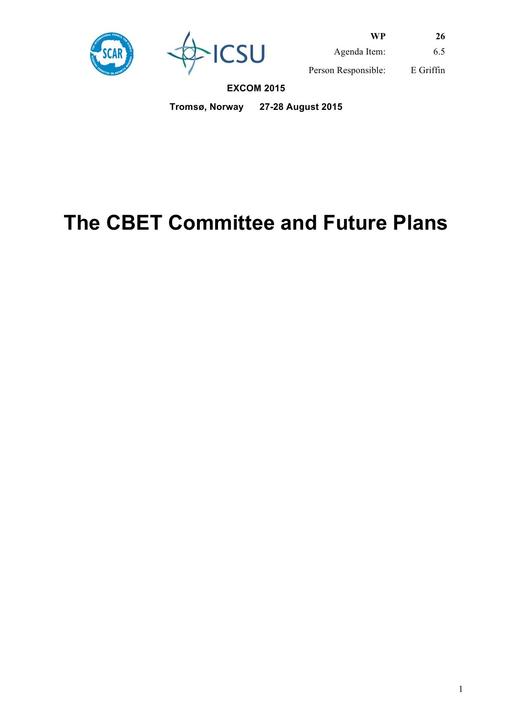 Introduction/ Background: SCAR is committed to developing scientific capacity among all the SCAR member countries, assisting students, early career scientists, underrepresented groups and emerging programs to participate in Antarctic research. SCAR promotes and facilitates the incorporation of Antarctic science into all levels of education.

Recommendations/Actions and Justification: Continued support of both SCAR and CBET activities be encouraged by all SCAR members to achieve the objectives.

SCAR has been successful in obtaining external grants to support CBET activities, e.g. ICSU grants, management of the Martha T. Muse Prize for Science and Policy in Antarctica from the Tinker Foundation.