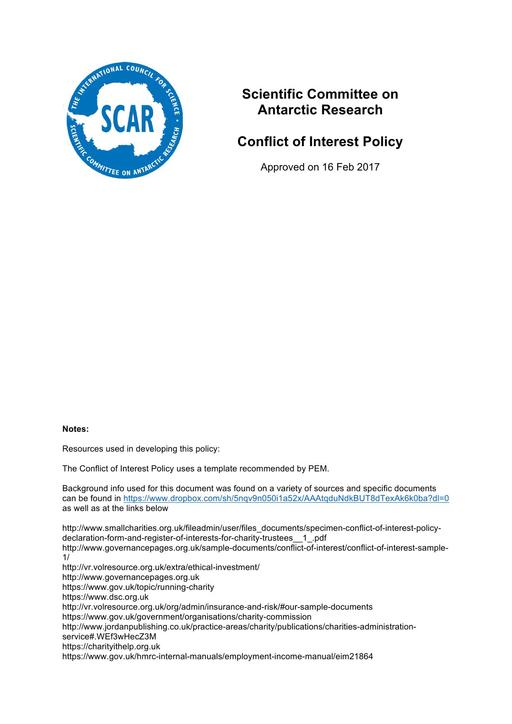 The trustees (Board members) of SCAR are obliged by law to act in the best interests of the charity and not for their own private interest or gain. However, there may be situations where a trustee’s own interests and the interests of SCAR arise simultaneously or appear to clash. The issue is not the integrity of the trustee concerned, but the management of any potential to profit from or otherwise abuse the position of being a trustee generally.