From: Vonda Cummings (on behalf of the ANTOS workshop organisers) 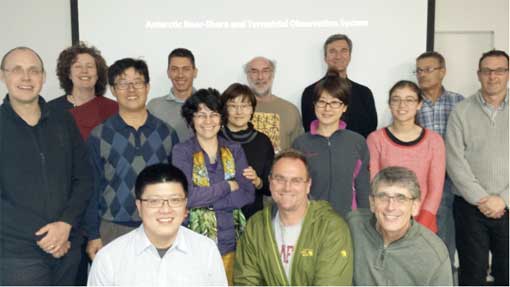 A new SCAR action group, Antarctic Near-Shore and Terrestrial Observing System (ANTOS), was established in August 2014. Its major goal is to identify long term change and understand how this impacts nearshore and terrestrial ecosystems in and around the Antarctic region. The aim is to establish an integrated, coordinated transcontinental and trans-regional surveillance system to track environmental variability and change at biologically relevant scales.

The first major activity in the implementation of ANTOS was a two day international workshop, held in Hamilton, New Zealand, in August 2015. It was attended by 25 researchers from 10 countries, six of whom attended ‘virtually’ through internet summary sessions that were held each evening. We discussed the configuration of the ANTOS system, locations, ‘nodes’, technology and data management, and established a data-base advisory committee with representatives from various disciplines. Next steps include identifying suitable locations, a process that will involve surveying the Antarctic community (e.g, via AntEco and AnT-ERA) and national programmes.

Further recommendations and details of the workshop discussions are currently being summarised in a report, which will be made available on the ANTOS web page. AntEco, along with the New Zealand Antarctic Research Institute (NZARI), provided funding to support this workshop. We gratefully acknowledge their contributions, and that of the SCAR LSG for helping progress ANTOS.