Antarctica is the least invaded continent on the planet: inhospitable, remote and geographically isolated from the rest of the world by the swirling westerly winds of the Roaring Forties, Furious Fifties and Screaming Sixties, as well as the circumpolar current of the Southern Ocean, meaning that little can naturally colonise the region below 60ºS. For those that do make it, whether through human dispersal (accidental or otherwise) or natural means, the cold summer climate, severe winters and desolate infertile soils make establishment unlikely. 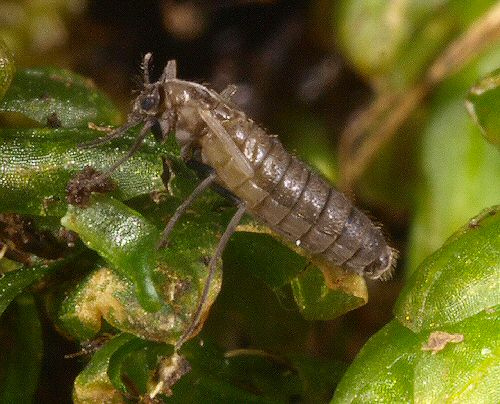 However, as human activity rises in the region, along with temperatures, these barriers to introduction and establishment are weakening, and we are seeing more and more invaders than ever before. One such successful alien is the seemingly inconsequential midge, Eretmoptera murphyi. Flightless, biteless, and the size of an ant, this small chironomid fly was introduced to Signy Island via a plant transplant experiment (from sub-Antarctic South Georgia) in the 1960s. Since it arrived it has found itself in comfortable territory, given it has an arsenal of physiological strategies that allow it to rapidly cold harden and survive temperatures down to -19ºC. Our work over the last three years has explored multiple facets of this midge’s adaptations and shortcomings as a model alien invertebrate species in the Antarctic region: taking a holistic approach we have investigated its life cycle, and confirm parthenogenesis in the midge (only females exist), meaning it can spread emergence throughout the summer season. This is in contrast to the endemic Antarctic midge, Belgica antarctica, on the Antarctic Peninsula which, being a sexual species, must synchronise male and female emergence. E. murphyi is also tolerant to a warming climate and the spikes in temperature seen in the ‘banana belt’ of Antarctica. Most recently we have published work evaluating its past, present and future distributions on

Signy, finding that it has doubled its distribution extent over the last decade and is on the verge of entering new valley systems. This work identified areas of the island at most risk, including places that host some of the best examples of moss banks in the maritime Antarctic. Last year we presented findings on the ecosystem impacts of this alien, revealing that it is increasing available nitrates by 3-5 fold and potentially reducing the substrate composition of moss banks. This has direct consequences for the native vegetation communities, as well as providing an ‘improved’ habitat for non-native plant species to establish. 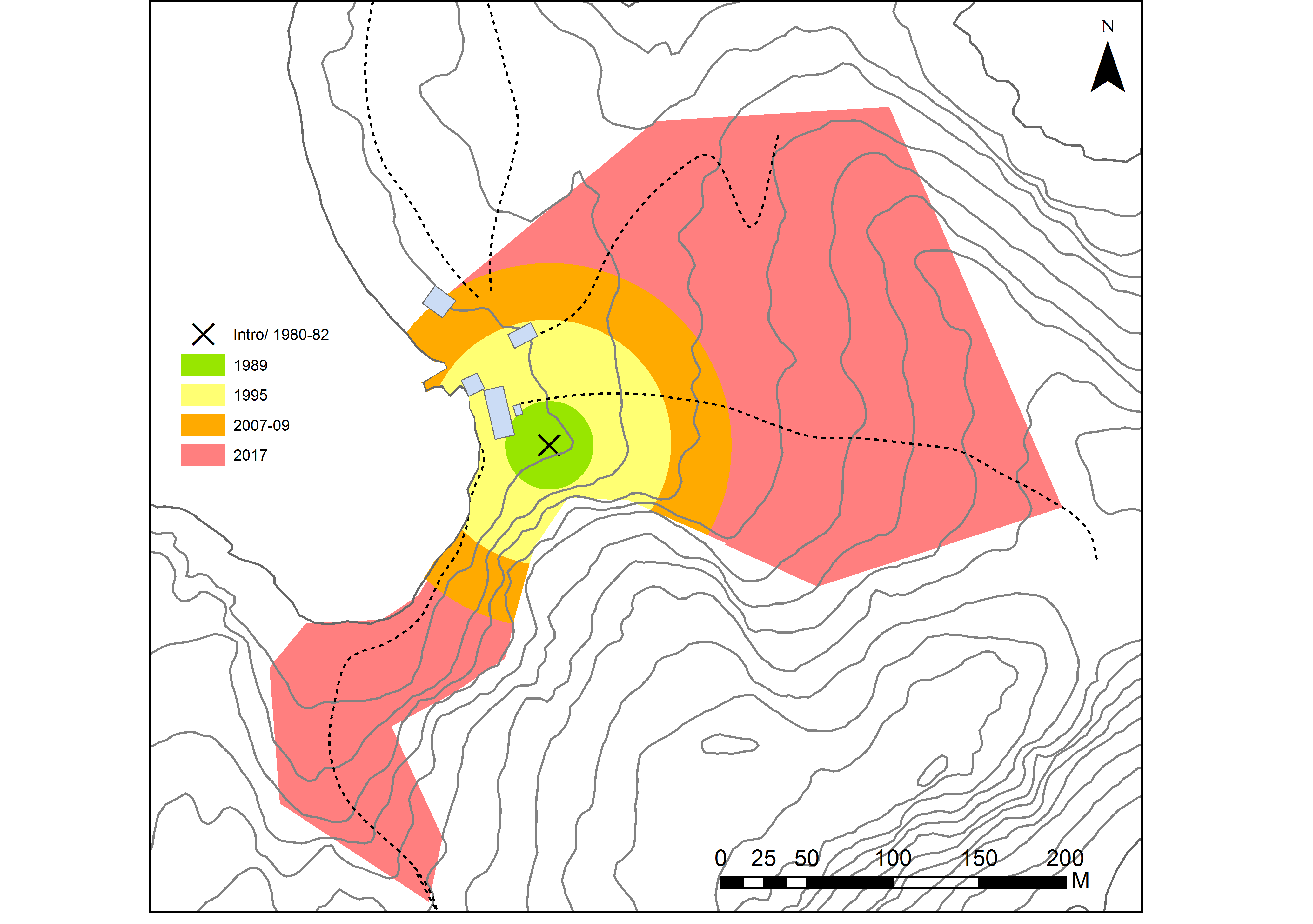 As part of building a comprehensive picture of this species and its impact on Antarctic ecosystems, we now need to examine its future, and learn important lessons along the way that are relevant to many other potentially invasive terrestrial invertebrates. Currently, E. murphyi is only found on Signy Island and its native South Georgia, however, its abundance on parts of Signy can be so great that it may only be a matter of time before it is able to catch a ride elsewhere. Accordingly, we investigated the risk of colonisation throughout the Antarctic Peninsula and associated islands, and found there are numerous locations where it could establish if transferred. We subsequently assessed the primary biosecurity protocols currently in place, finding them wanting and in need of re-evaluation. Going further still, we will soon be reporting on the midge’s ability to potentially disperse by sea where, even though it is a terrestrial species, this particularly tenacious alien can survive up to 3 weeks in sea water.

By taking a holistic approach with E. murphyi, we have learnt that a single species invasion should not be ignored, and with population densities of this species in the 100’s of thousands per m2, their impact can alter ecosystems. Whilst our work has shone a light on this seemingly benign invading invertebrate, it has simultaneously served us well as a model alien species and many lessons learned here can be applied to other aliens, as well as future invaders: Don’t underestimate even the smallest of species… and always scrub your boots!

Hughes KA, Pertierra LR, Molina-Montenegro M, Convey P (2015) Biological invasions in terrestrial Antarctica: what is the current status, and can we respond? Biodiv. and Conserv. 24:1031-1055