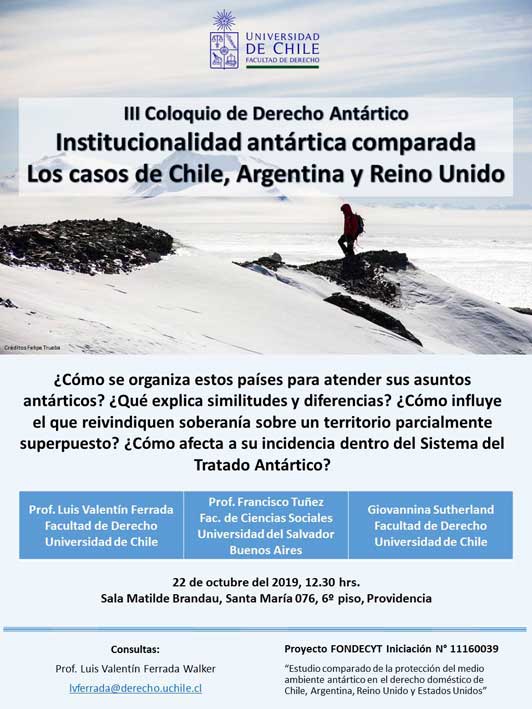 Two colloquia are to be held at the Universidad de Chile in Santiago, Chile in October 2019.

The first of these colloquia will be held on 22 October 2019 and will explore how Chilean, Argentinian and British Antarctic institutions manage these countries’ polar affairs. A comparative analysis will be facilitated in the discussion of these countries’ Antarctic institutions and strategies. Presentations will be given by Prof Francisco Tuñez (who is a political scientist from the Universidad del Salvador, Buenos Aires, Argentina), by Prof Luis Valentín Ferrada (the local host of the colloquium at the Universidad de Chile), and Giovannina Sutherland (an Antarctic early-career researcher of political-legal issues). 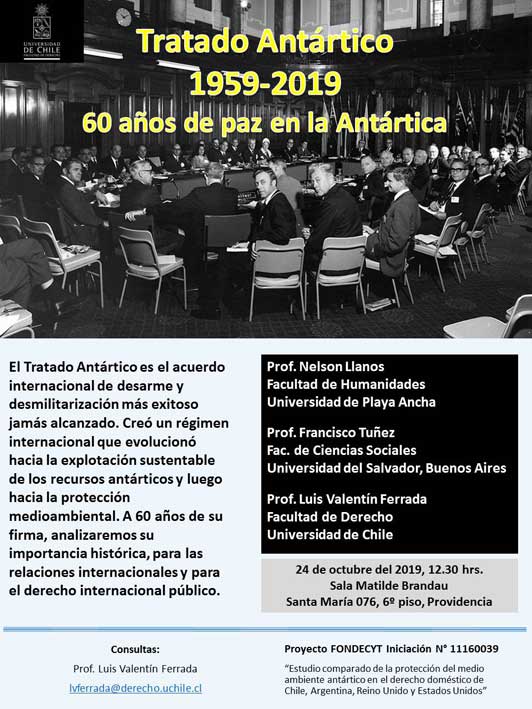