New SKAG publication on the future of krill 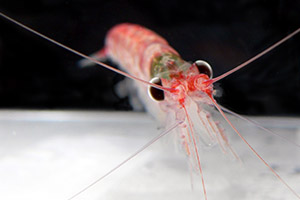 The Action Group has identified several research priorities that could advance the understanding of krill that matters to improve the management of Antarctic krill fishery in the Southern Ocean. Lead author of SKAG's first paper, Prof Dr Bettina Meyer from the Alfred Wegener Institute, Helmholtz Centre for Polar and Marine Research (AWI), warns that although krill catch is regulated, caution is required to avoid endangering the population itself and the species that depend on it.

The understanding of krill distribution and its dynamics has dramatically increased in the last few decades. “However, there are still major gaps in our current knowledge, including controversy on population trends, overwintering, migration and other key aspects of krill biology,” Dr Meyer said. 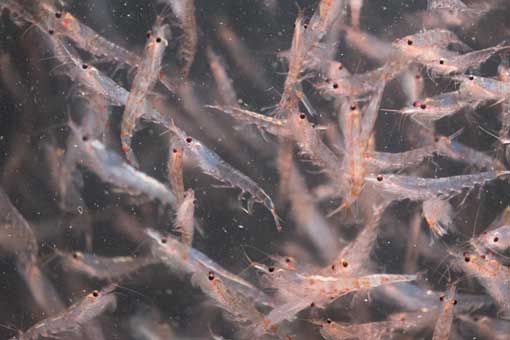 Antarctic Krill, Euphausia superba, is a five-centimeter-long, reddish, shrimp-like animal which at first glance, may not appear as an impressive inhabitant of the Southern Ocean. But krill make up for their small individual sizes with the sheer number of their entire population. There is an estimated 300-500 million Mt of krill in the Southern Ocean comprised of some hundreds of trillions of individuals. This massive biomass makes krill a key component of the local ecosystem. It is the main food source for many predators from fish, penguins and seabirds to seals and whales. Seventy percent of the known krill population lives in the Southwest Atlantic sector of the Southern Ocean, near the Antarctic Peninsula. The SW Atlantic sector is also warming rapidly and one of the regions most affected by climate change.

Dr Meyer said that new opportunities for knowledge are arising from technological innovation and the potential to involve the fishing industry in research.
"All of this can provide us with valuable new information for better krill management,” says Bettina Meyer who is convinced by this approach. But in order to cover large areas of the Southern Ocean it is important to coordinate these research efforts internationally:

"As a lone warrior, nobody can answer the complex questions of krill research."

The SCAR Krill Action group involves scientists from the US, Europe, Australia, China, and Argentina.