Independent Scholar in Christchurch, New Zealand and University of Canterbury 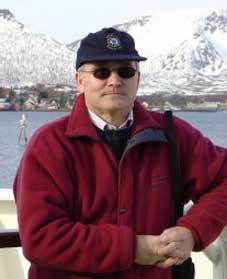 Alan D. Hemmings is a Christchurch-based specialist on Antarctic governance and an Adjunct Associate Professor at Gateway Antarctica Centre for Antarctic Studies and Research at the University of Canterbury. His Antarctic experience includes time south with the British, French and New Zealand national programmes and with Greenpeace. He participated in dozens of Antarctic Treaty System diplomatic and scientific meetings between 1989 and 2010, and has served on government Antarctic committees in Australia and New Zealand. Recent or forthcoming publications include  Handbook on the Politics of Antarctica with Klaus Dodds and Peder Roberts (2017: Edward Elgar); International Polar Law with Donald R. Rothwell (2018: Edward Elgar); and Philosophies of Polar Law with Dawid Bunikowski (2020: Routledge).