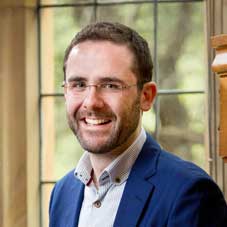 Alessandro Antonello is a senior research fellow in history at Flinders University, Adelaide, South Australia. He has worked extensively on the environmental, diplomatic, and scientific history of Antarctica in the period after 1945. In 2019, he published The Greening of Antarctica: Assembling an International Environment (Oxford University Press), the first major historical work on the first two decades of work of the Antarctic Treaty regime, especially the significant developments in environmental ideas and governance. His scholarly articles have appeared in Environmental History, Environmental Humanities, the International Review of Environmental History, Progress in Human Geography, the Australian Journal of Politics and History, The Polar Journal, and several edited collections. He currently holds an Australian Research Council DECRA grant, for a project titled “An international environmental history of the ‘World Ocean’, 1950s-2000s”. This project aims to investigate the ways in which states, international organisations, and international communities have engaged with and conceptualised the ‘World Ocean’ as a natural environment from the 1950s to the 2000s. In the context of current environmental and geopolitical challenges for the ocean, this project aims to analyse how these actors built institutions, communities, and territories in and for the ocean environment as a foundation for generating knowledge and claiming power, rights, and resources. Before arriving at Flinders University, he was a McKenzie Postdoctoral Fellow at the University of Melbourne (2016-2019) and a US National Science Foundation-funded Postdoctoral Research Fellow at the University of Oregon (2014-2016). He received his PhD from the Australian National University in 2014.